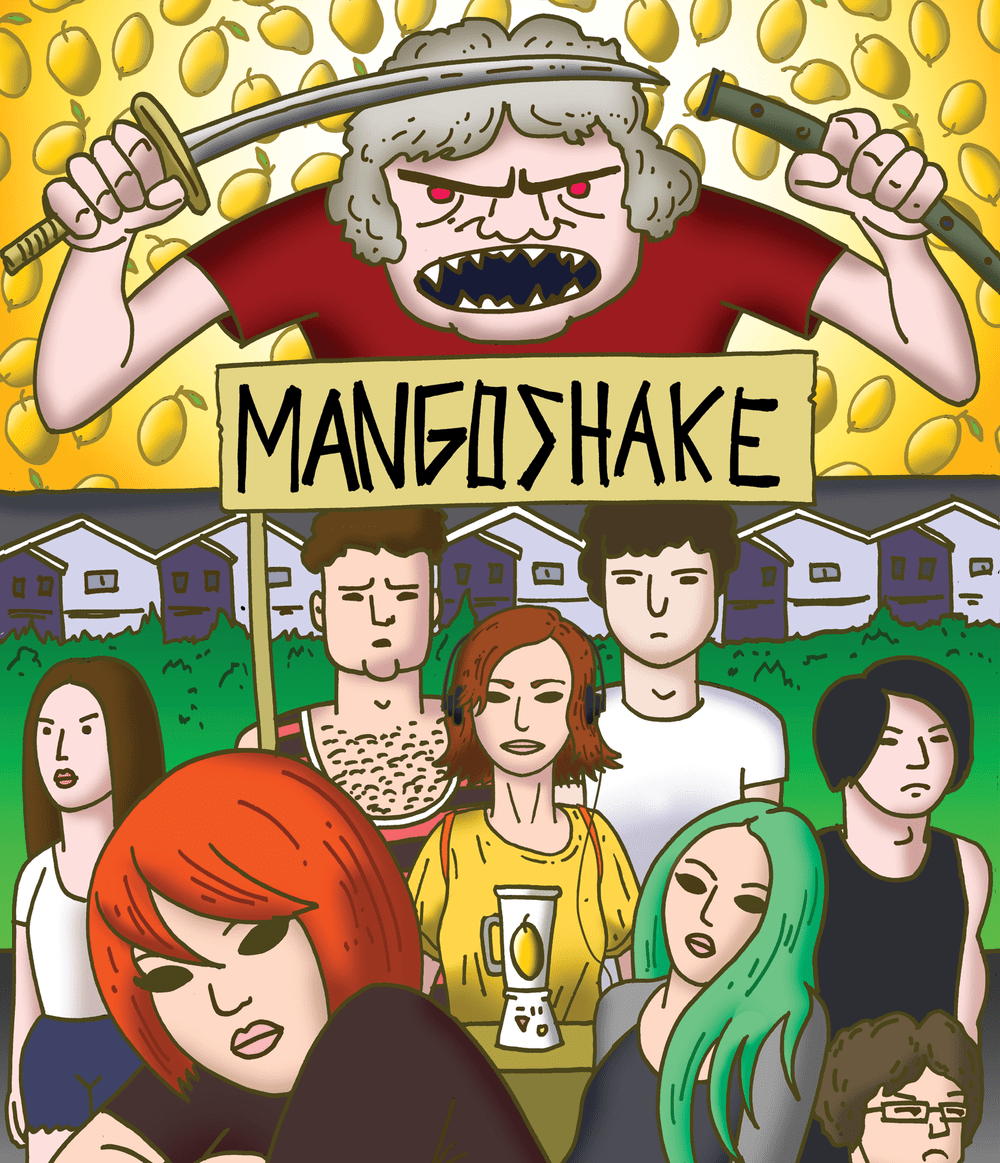 Simon likes Joni, whose bestie is Cecilia, who likes Xavier, but Xavier doesn’t know what he wants anymore, much like Cecilia’s angsty brother Spaceboy who is trying to figure out why self-help letters addressed to Spike have been strewn around suburbia. Meanwhile, Cass is trying to get over Ela who is now banging his best friend Jams (pronounced James - look it’s a Sonic Youth reference ok!), and though Avalin and Amelia don’t really approve of that, they’re looking forward to spending their summer loitering around Philip and Ian’s mangoshake stand - because, you know, mangos carry 1% more riboflavin and just as much pantothenic acid as lemons.

An uproarious lo-fi labyrinth of suburban adolescent shenanigans over ‘one crazy summer’, MANGOSHAKE recalls the generational coming-of-age myths of Richard Linklater or George Lucas’s American Graffiti, but filtered through a raw and frequently anarchic aesthetic that affords it a disarming authenticity. Shot over a single summer among a group of real-life friends and acquaintances, themselves at the crossroads of adulthood, the film in a sense also documents its own creation. Akin to thumbing the pages of a teenager’s secret diary, jubilant irreverence gives way to startlingly profound pangs of existential angst, relationships evaporate without catharsis, and the ‘best’ or ‘worst’ day of one's life are perpetually up for emotional debate.

At times, writer/director Terry Chiu captures much of this youthful pathos and passion with the startlingly confident compositional rigour of formalists like Roy Andersson, and all the while keenly directing (and acting against) his largely non-professional, but charismatic ensemble cast whose comic instincts are often, quite frankly, revelatory. The result is as pure and infectious a celebration of suburban youth as there has ever been. - Peter Kuplowsky