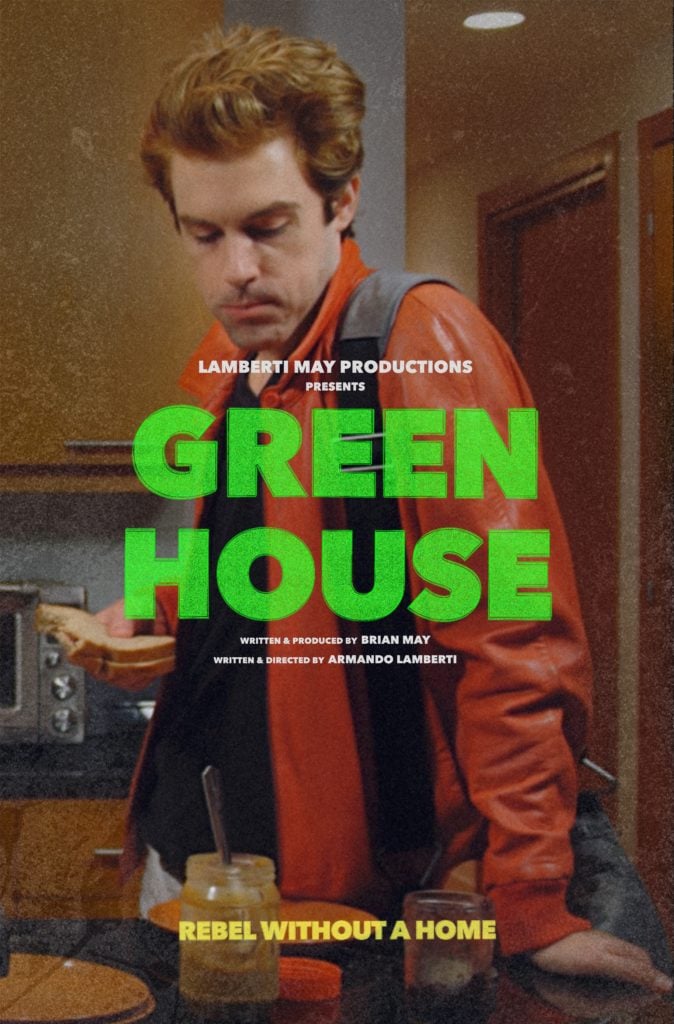 After an apartment break-in incites a debilitating bout of paranoia, twenty-something Joel Carlough retreats to the luxury of his New Jersey childhood estate, planning to spend the rest of the semester doted upon by his meek mother. A rude awakening ensues when arrangements are instead made for Joel to move in with his brooding half-sister Meredith, and what began as a comic character study of a sneering manifestation of arrested adolescence gradually crescendos into a full-blown familial melodrama.

Co-written by Armando Lamberti and Brian May, with the former directing, and the latter portraying the entitled Joel, this mannered cringe comedy skillfully employs a stylish rhythm to its acerbic dialogue that diffuses the admittedly amateur air of its cast with a heightened sense of artifice reminiscent of Hal Hartley or Wes Anderson. Though occasionally risking pretension with its patient pacing and stoic wit, there’s an undeniable and arresting decisiveness to Lamberti’s direction that both impresses and endears. Nary a composition or performance tic seems arbitrary, but rather all appears part of a calculated project towards not only understanding the interiority of an infantile asshole, but also the collateral emotional damage such a person can leave in their wake. - Peter Kuplowsky