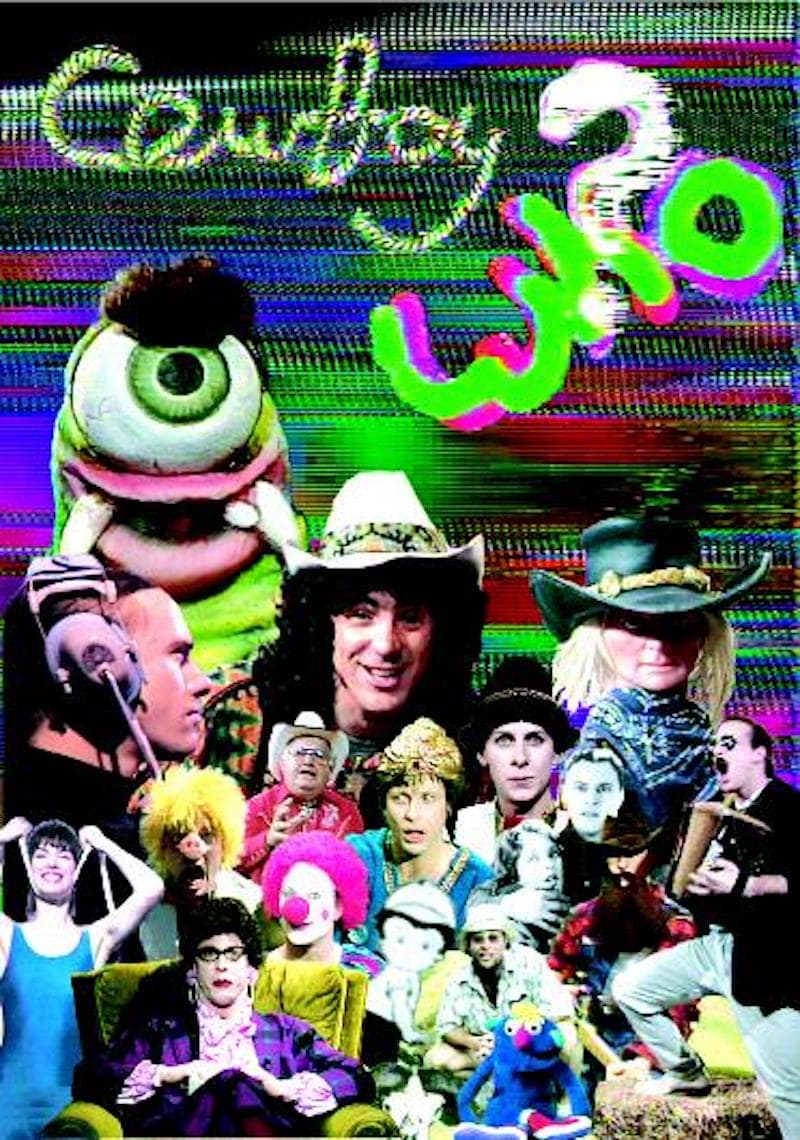 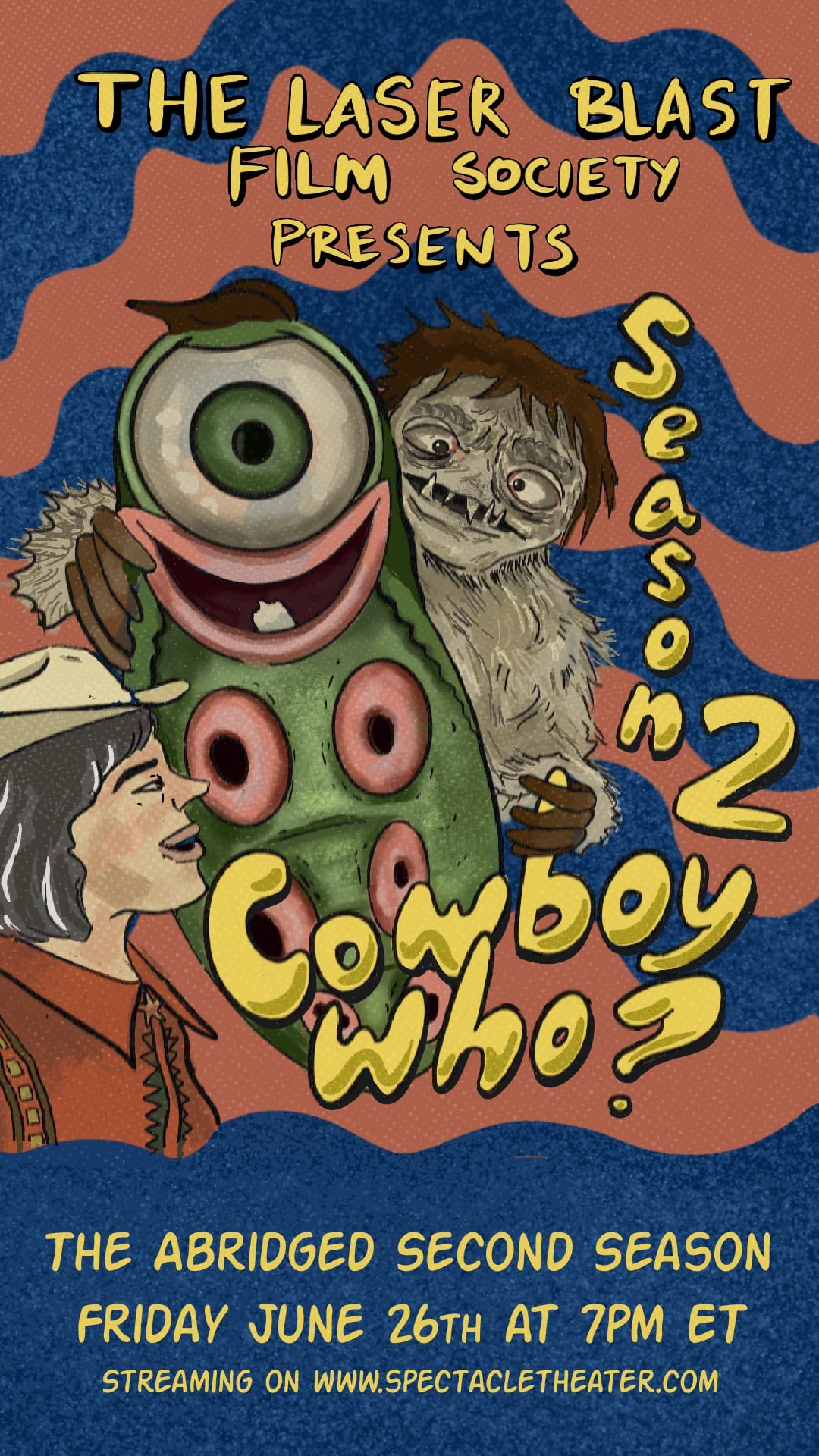 In 1990, children’s theatre performers Robert Eastland and Mike Cormier collaborated with radio producer Jeff Green (director of the cult FMV game MODE) on a deranged television pitch to a Canadian broadcaster that was hastily trying to fulfill its educational programming commitments. Against all odds, their pilot was greenlit, and the three embarked on the production of perhaps the most riotously bizarre, yet remarkably innovative children’s shows ever made.

COWBOY WHO? begins as a pitch-perfect riff on THE HOWDY-DOODY SHOW, but within minutes mutates into a dizzying array of surrealist sketch comedy, experimental video-art, and biting media satire. Proceeding as if Douglas Adams, Mark Frost and The Kids in the Hall were showrunning WONDER SHOWZEN with the resourcefulness of Mystery Science Theatre’s 3000’s KMTA years, the series would run for four increasingly anarchic seasons on Sunday mornings, exclusively in and around the Great White North’s capital city Ottawa. For four years its tangled web of non-sequitur subplots, subliminal in-jokes and irreverent intrigue cultivated a modest, but loyal cult audience of baffled children, beguiled stoners and bemused seniors. Now you too can lose your mind to the misadventures of Cowboy Slim, Smilin' Tom and all of their bonkers buddies.

The entire series can be found at www.strangermedia.com.

The Laser Blast Film Society has also compressed the first two seasons of the series into two discrete feature-length films, which you can stream below:

COWBOY WHO - THE LASER BLAST REMIXES!