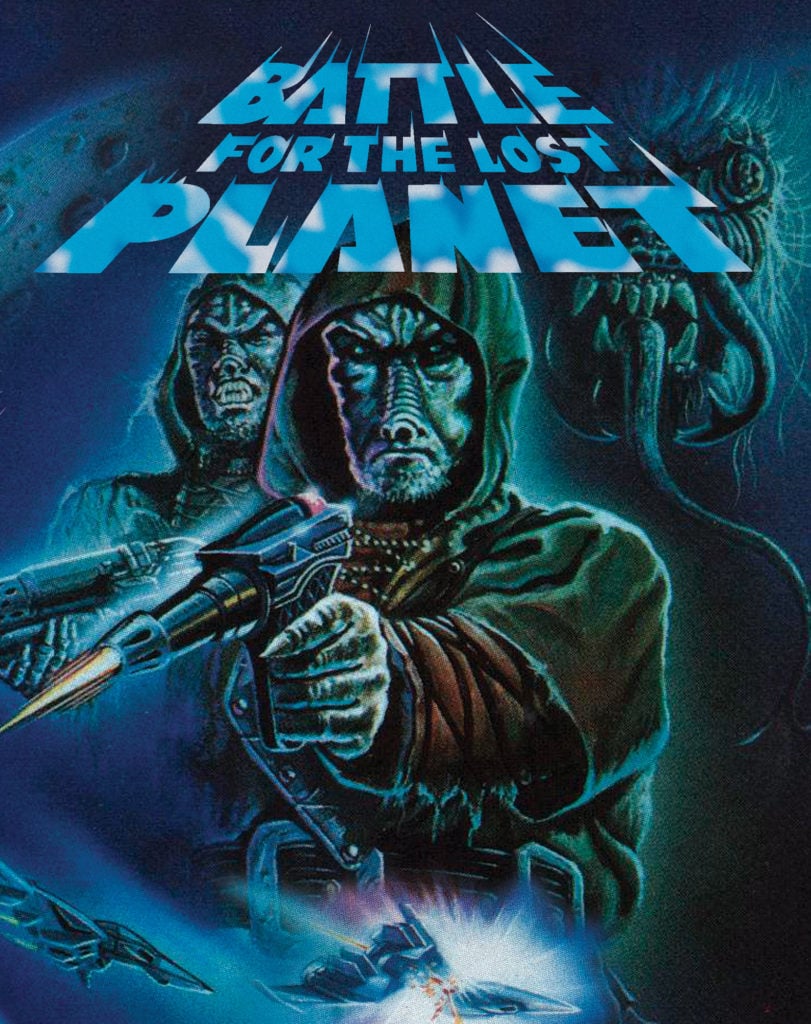 A perfectly example of no-budget 16mm passion, Brett Piper’s Battle of the Lost Planet is a delirious mixture of backyard-set Star Wars adventure, meticulous Ray Harryhausen monster action and that special regional filmmaking magic. The story follows dashing spy Harry Trent (Matt Mitler) who accidentally gets stranded in space at the exact moment when earth is invaded by an army of pig faced aliens. Years later, Trent’s ship finally crash lands back on the planet only for him to discover that humanity has turned into roving bloodthirsty gangs. The only hope for salvation is for Trent to find a gene bomb that will turn the pig faced overlords to slime and he can only do it with the help of a gang of misfits, which include a beautiful warrior woman (a post-apocalyptic essential) and a Sylvester Stallone look-alike named Mad Dog.

Director/Writer/Special Effects Artist Brett Piper (A Nymphoid Barbarian in Dinosaur Hell) is a one of a kind talent and The Laser Blast Film Society is proud finally get a chance to share some of his hard work in all of its stop-motion filled glory on the big screen! Battle for the Lost Planet (aka Galaxy Destroyer) has only been available for years in a fuzzy video transfers and we’ll be presenting the film in a meticulous restoration done by Vinegar Syndrome.