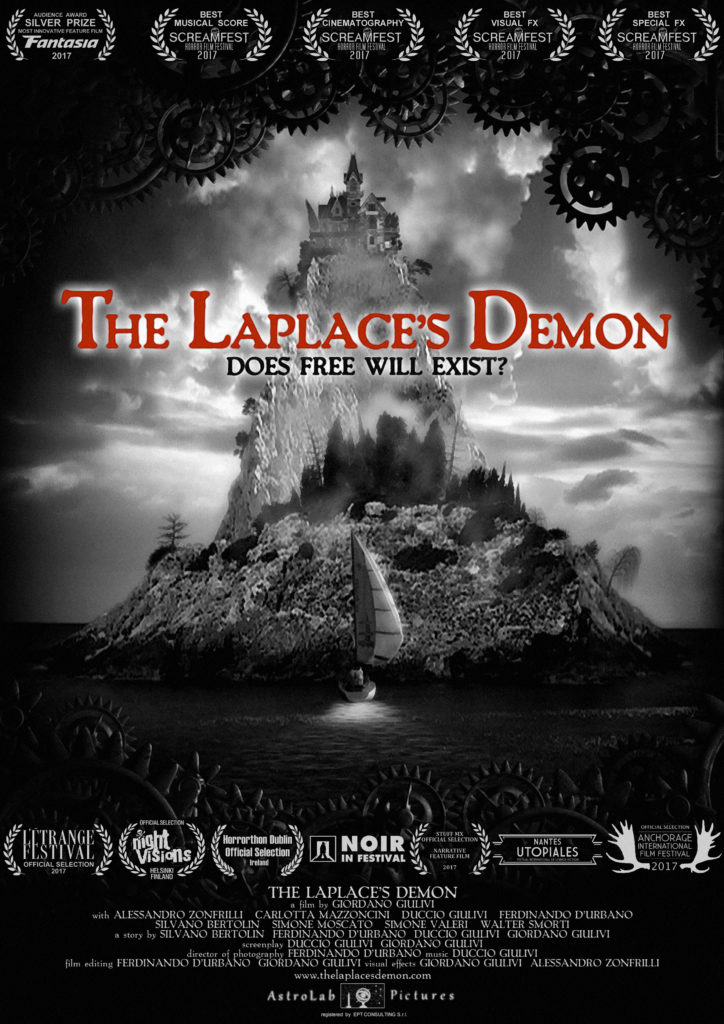 A cabal of scientists on the brink of reducing destiny to a mathematical equation have been invited to a secluded island estate under the auspice of a mysterious professor. Upon their arrival and in lieu of their host, they are confronted with diorama of their surroundings that eerily contain eight chess pieces within its walls - a pawn for each one of the scientists. Eerier still, they observe that when one of them moves, so too do one of the pawns. And so a chilling realization dawns: they have found themselves ensnared in a sinister game of fate where their every decision has been anticipated and engineered to systematically send them to their doom.

Meticulously produced for over seven and a half years and miraculously shot entirely against rear-projected digital backdrops in a cramped basement set, Giordano Giulivi’s remarkable existential nightmare is a feat of indie film ingenuity. Coated in a surreal black and white aesthetic pastiche that seems to flirt between the pulp stylings of Mario Bava and Rod Serling, its thrills also methodically escalate with each ‘captured pawn’, accruing the delirious momentum of a hypothetical SAW sequel directed by Guy Maddin. Marrying shocks and smarts is a rare combination, and with The Laplace’s Demon, Giuliani has undoubtedly hit upon a winning formula. - Peter Kuplowsky