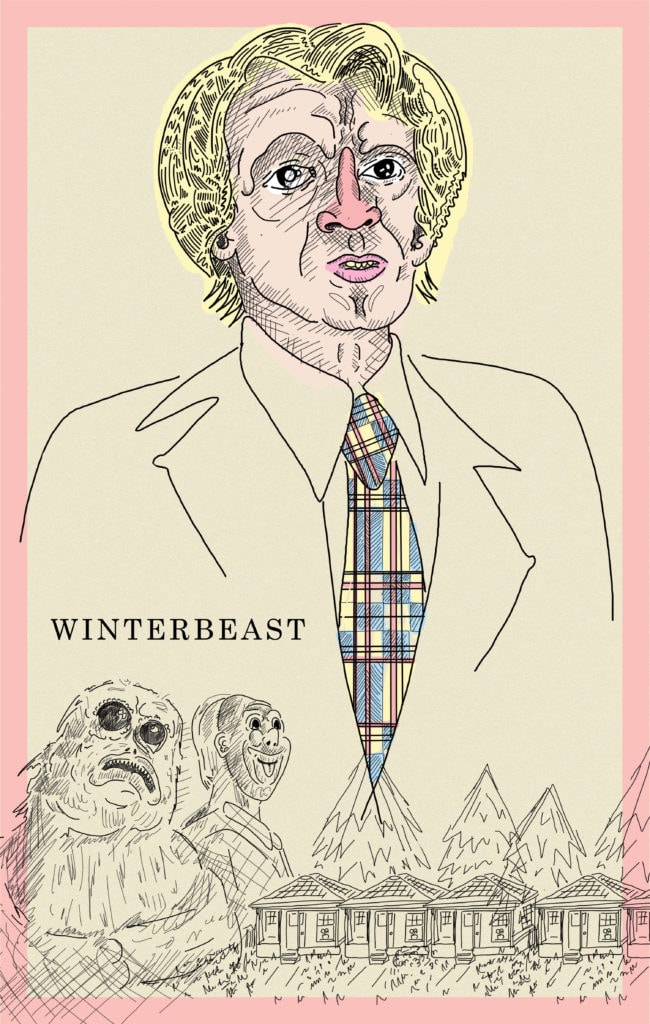 If Twin Peaks were directed by Ed Wood with stop motion effects crafted by a drunken Ray Harryhausen, Winterbeast would be the result.

Somewhere between a fever dream and outright insanity lies a sleepy town besieged by giant bloodthirsty monsters. There's a dancing alien! A murderous chicken! A mutant Ewok! And more horrors than the human brain can comprehend.

The town's last line of defense rests in the hands of some plaid wearing camp rangers who don't have a clue what's going on, but will crack jokes till they solve the dastardly mystery – or brutally die trying.

Could the craziness have something to do with the creepy hotel owner with the room full of dead bodies? The Indian Totem pole covered in human skeletons? And what the heck is a Winterbeast anyway? Is it the blue zombie monster or the big fella with the horns?

Shot in 1976, left incomplete till 1989, and then released to an unsuspecting world in 1991, Winterbeast is an inexplicable experience that will leave permanent mental scars. It's the kind of film where the main character's moustache can appear and disappear from shot to shot, a dinosaur can pop out of nowhere to bite your head off, and even the trees have a taste for blood.