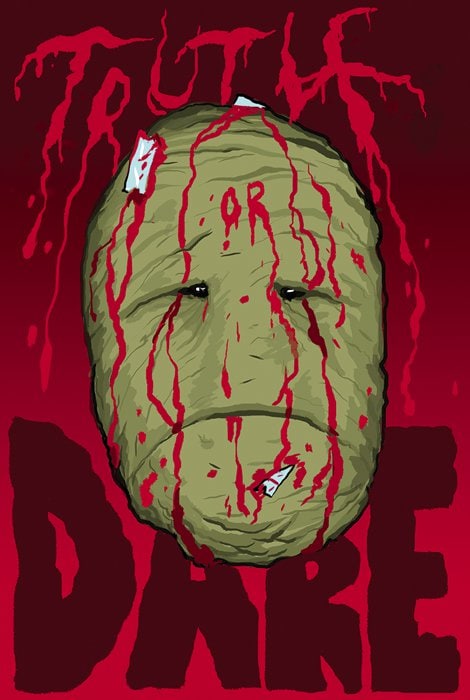 Dweeby architect Mike Strauber (John Brace) turns psycho-killer after catching his wife in bed with another man, and embarks on an adventure of murder and self-mutilation spurred on by his sudden psychosis that he is perpetually ensnared in a game of Truth or Dare; where the choice is always dare, and the dare is always KILL! KILL! KILL!

Truth or Dare?: A Critical Madness is gleefully packed with inspired lo-fi gore, a CASIO heart-attack of a soundtrack, an ensemble of endearingly committed performances (including a prepubescent AJ from the Backstreet Boys!) and directed with palpable teen spirit by then 18 years old Tim Ritter!

The slasher is a seminal work, not just in the the annals home video history, but also in the pantheon of horror heroes alongside Freddy and Jason.