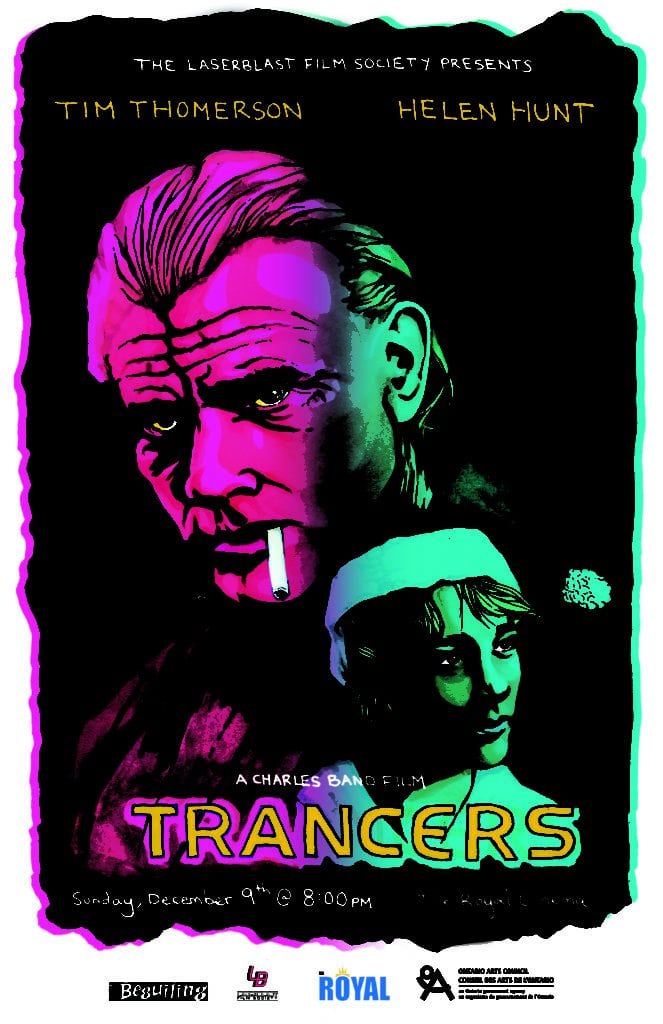 When a nefarious telepath from the 23rd century catapults his consciousness into that of an ancestor living in 1984 in order to disrupt the future, detective Jack Deth gives chase by sending his own mind down the line in B-Movie impresario Charles Band’s deranged cult classic TRANCERS. Recalling THE TERMINATOR and BLADE RUNNER, with less than an 1/8th of the budget, but 10x the charm, prolific comedian and character actor Tim Thomerson portrays Deth with endearingly sardonic stoicism as he teams up with an LA punker (twenty-year-old Helen Hunt!) to flush out and dispatch the psychic criminal and his small-army of entranced, subservient minions.

Inspired sci-fi shenanigans against a Christmas time milieu ensue, complete with not only one of the greatest “scooter” setpieces in the annals of action cinema, but also one of the great Santa Clause brawls in the pantheon of that particular sub-genre.