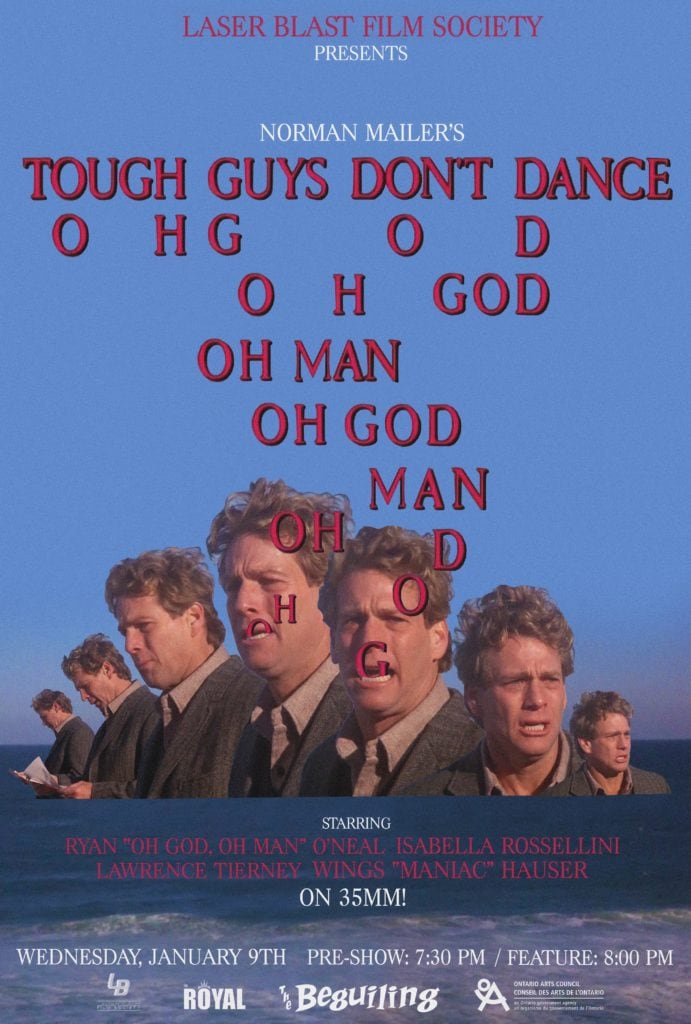 Lauded as one of the great American writers of the twentieth century, Norman Mailer is also responsible for one of the most entertainingly deranged movies of the 1980s. Based on his novel of the same name, Mailer’s TOUGH GUYS DON’T DANCE is a labyrinthine web of noir-ish intrigue that pitches its melodrama to delirious heights and maintains its madcap altitude with a steady barrage of bizarro dialogue and downright bonkers performances. Best remembered for saddling a hapless Ryan O’Neal with the indelible repeating exclamation of “OH GOD, OH MAN” upon the reading of a scandalous letter, but what ensues is such an unpredictable pageant of lurid sexuality and absurdist hard-boiled machismo, the entire production is deserving of cult film infamy alongside the likes of THE ROOM and THE ASTROLOGER.

The nuts and bolts of its twisty plot are better left unsaid, just know it involves Cape Cod, copious cocaine and the wild alchemy of an eccentric cast that includes Isabella Rossellini, Lawrence Tierney, and a reliably unhinged Wings Hauser.