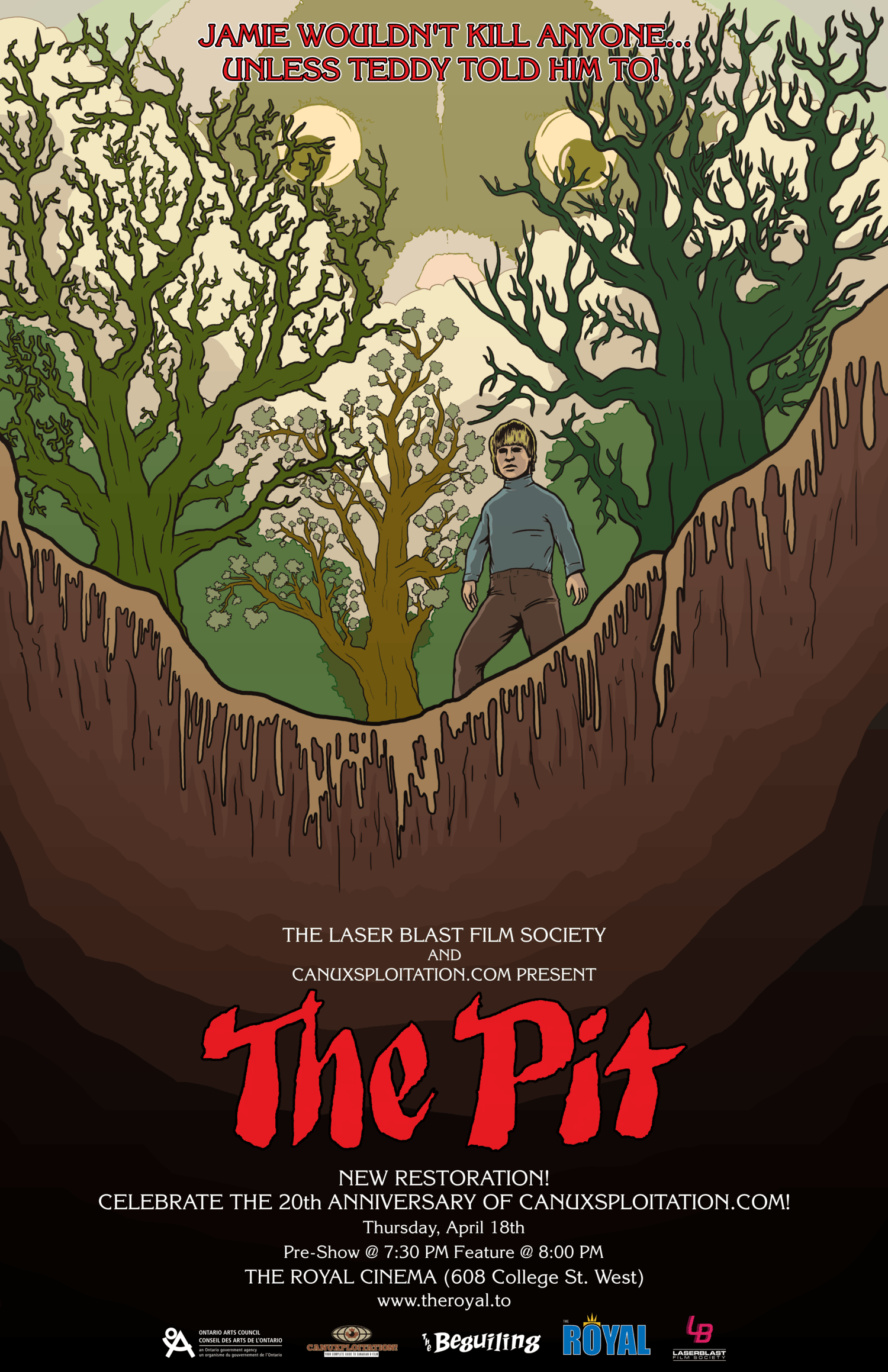 Whatever you do, you better hope that you don’t get on the wrong side of Jamie, the teddy-bear clutching 12-year-old subject of Canadian horror oddity THE PIT. Because when Jamie’s around, neighbourhood bullies, local livestock and even wheelchair-ridden grannies all have a strange way of ending up at the bottom of a sunken hollow at the edge of town to be devoured by a band of hungry trolls known as the "Tra-la-logs."

Starring Sammy Snyders as Jamie and Jeannie Elias as the babysitter he is unhealthily fixated on, THE PIT is one of the most peculiar Canuxploitation classics from the notorious tax shelter years. Originally conceived by screenwriter Ian Stuart as an earnest exploration of the inner life of an autistic child, the project curiously mutated on its way from page to screen—as often happens when noble intentions and B-movie aesthetics clash. Viewed today, THE PIT more than holds up with its squirm-inducing mixture of pre-teen neuroses and personal vengeance that culminates in a community-wide murder spree that may (or may not be!) dictated by a stuffed animal. When they say "they sure don't make 'em like that anymore!" you know they are definitely talking about THE PIT.