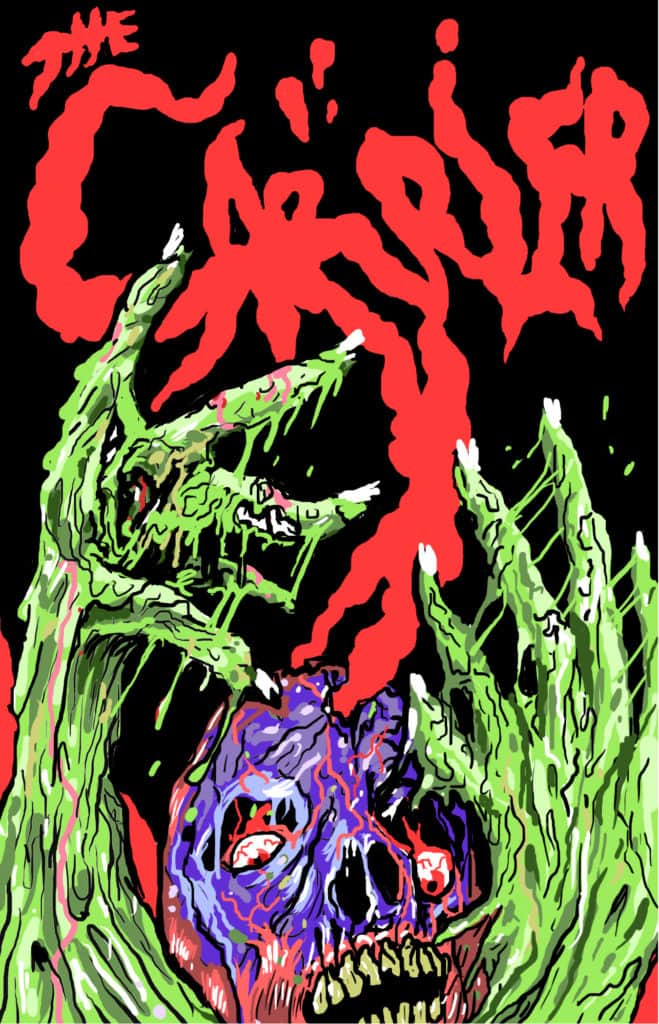 The whole town is on high alert, everyone is dressed in garbage bags for protection, and a war is going to break out for the most precious commodity of all...CATS! SO WATCH OUT! That Dr. Seuss book is going to melt your freaking face off!

The Carrier is at once hilarious, horrifying and awe inspiring. It is the kind of thing that could only have come out in the eighties horror film boom. It was shot by a first (and only) time filmmaker who was hell bent on delivering an epic. It had a professional crew that had just finished shooting Evil Dead II and it features cast of one-and-done local actors that deliver lines like “CATS OR DEATH!” as if their lives depended on it.