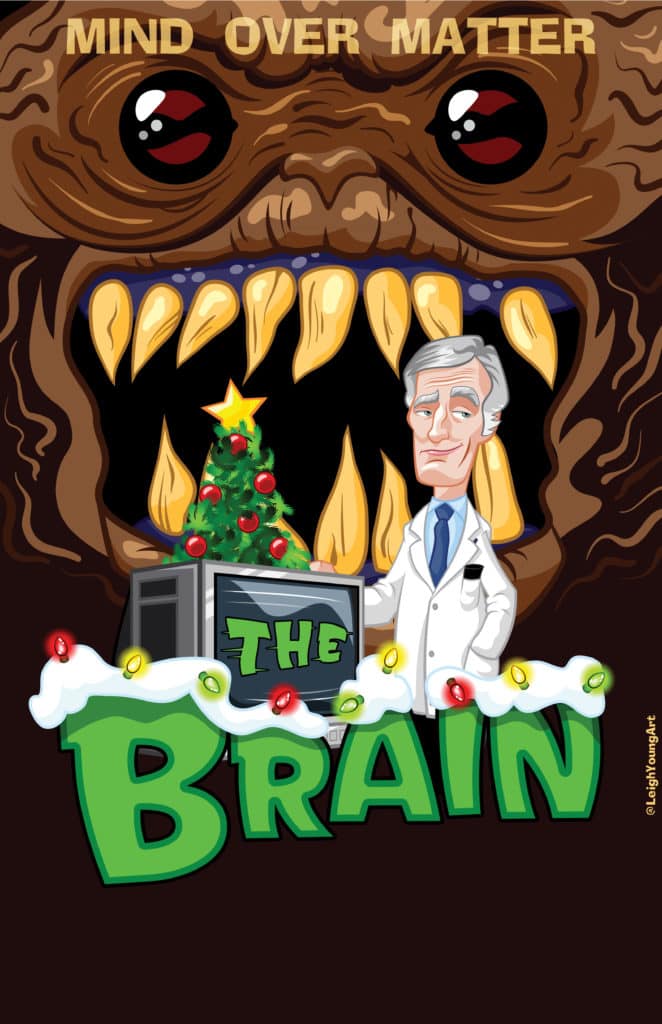 Set during Christmas, THE BRAIN is an endearing take on 50s Sci-Fi movie tropes that pits a prank loving teenager against a nefarious alien force bent on world domination through televised hypnotism. It’s up to our hero to fight through crazy tentacled hallucinations, save his special lady, and finally have himself a merry Christmas if he can avoid getting eaten by that titular "Brain"!

Co-starring David Hale (Re-Animator) and character actor George Buza (so many things), the film has never quite gotten enough respect for how much darn fun it is, and though you'll never see it on Buzzfeed list of Christmas films, we at the Laser Blast Film Society thinks a pulsating, oozing brain belongs on the top of every Christmas Tree.