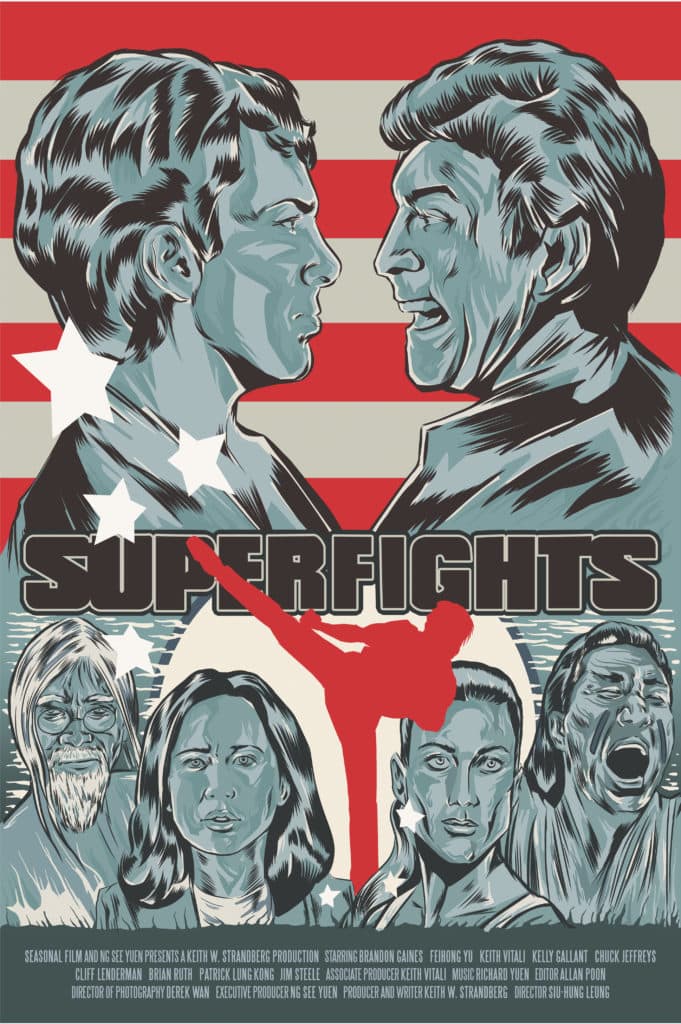 Jack Cody is a regular kid. He wants a girlfriend, he wants good grades, and he wants to wear the American flag when he enters the ring to take on the SUPER FIGHTERS: Angel, Night Stalker, Dark Cloud and The Beast!

Will Jack Cody be able to SUPER defeat them all and make it to the top! While he is at it, can he stop the SUPER drug cartel run by SUPER Ninjas!? Will he get tired of delivering SUPER kicks to the face? You’ll only get the answers if you slap on a sweat band, jump into some puffy pants, and fist pump your way into Superfights!

A madcap blast of martial arts mayhem, Superfights is a one of a kind treasure from the SEASONAL FILM CORPORATION, Ng See-yuen's famed Hong Kong production company which gave the world Drunken Master and Ninja in the Dragon's Den. By the 90s, they had become hell-bent on bringing the intense practical action of Hong Kong films to 'Merica without diluting any of its exuberant and endearing insanity and Superfights was one of the delirious results.

Directed by the action choreographer of Donnie Yen’s Ip Man, and featuring a cast of real life martial artists (including famed one-time actor Brandon Gaines and Wheels on Meals' Keith Vitali) who can deliver a spinning backwards butterfly punch, but can’t deliver a believable line of dialogue to save their lives: a.k.a. pure cinematic joy.