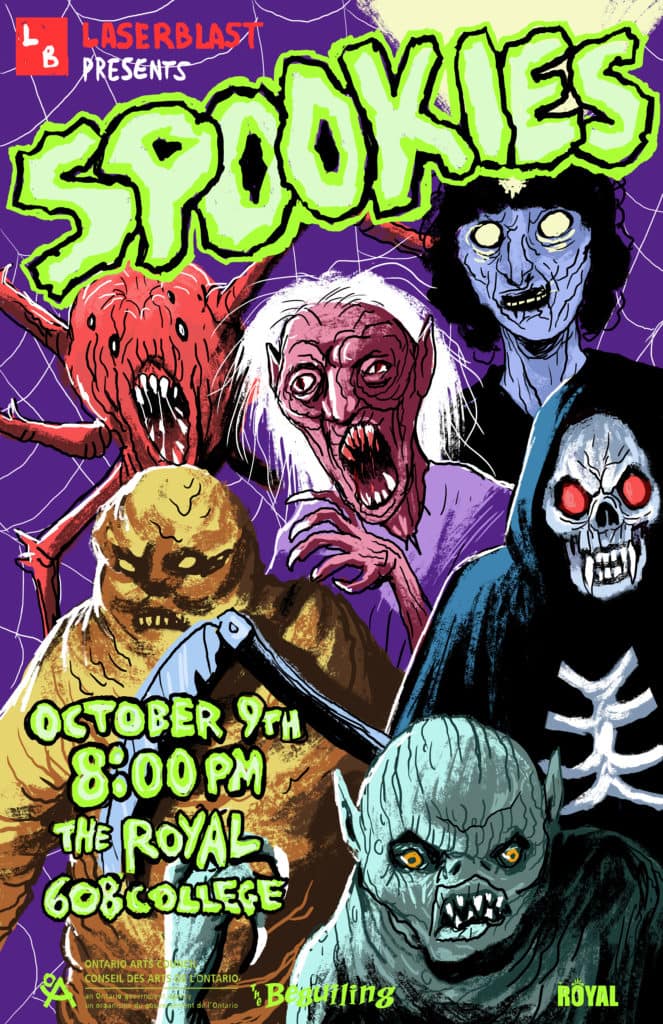 SPOOKIES is the nightmare of a ten-year-old kid after he asleep in front of a monster movie marathon while binging on candy corn and tootsie rolls. The film’s got a haunted house, a group of hapless victims, and some spooktacular supernatural creatures, but instead of straightforward ghouls and ghosts, the screen is filled out by a psychotic grim reaper, a dapperly dressed catman, and a group of flatulent muck men... and that’s just the tip of the gravestone!

Originally shot in 1984 under the title ‘Twisted Souls’, SPOOKIES was the passion project of two horror obsessed friends hellbent on directing a script that boasted a ‘monster on every page’. Unfortunately, after shooting wrapped they were fired by the financier, and a new director was hired to film an hour of new footage to ‘save the movie’. The original film already boasted tons of creature, but the new footage now introduced a "crypt keeper" who loved to throw birthday parties, a stretchy faced witch, and a little boy vampire. The end result was squished together into a monster mash of epic proportions that may induce complete insanity to all who gaze upon it.