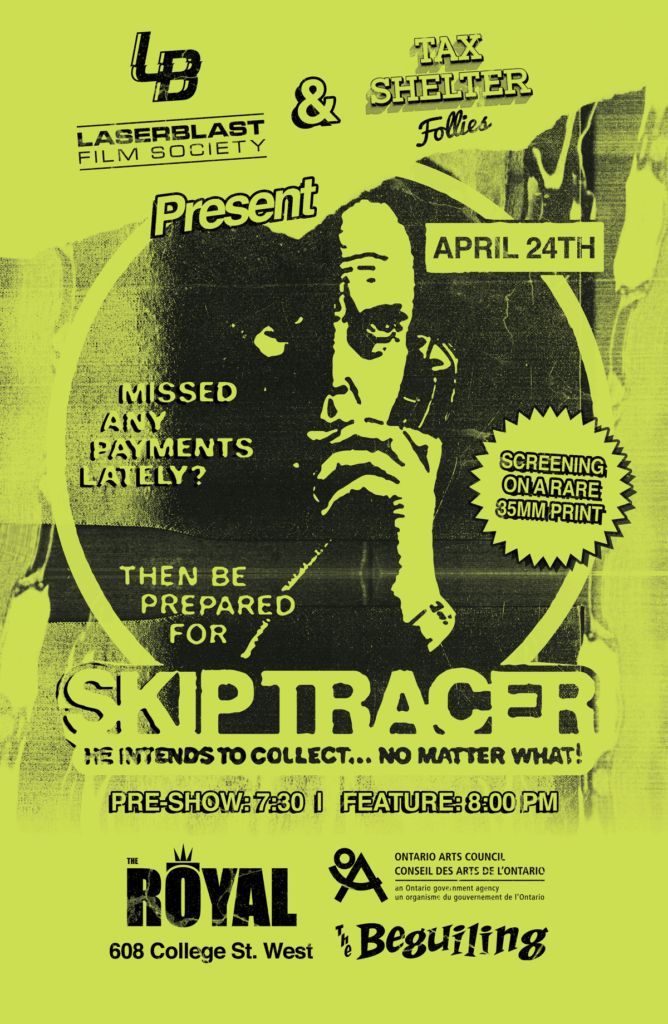 Before REPO MAN, and before GLENGARRY GLEN ROSS... There was SKIP TRACER. John Collins (David Petersen) is the best "skip tracer" in the business.

You miss a payment, he'll take your car. Beg for more time, and he'll empty your house. He's not sadistic, nor is he spiteful, he just honestly believes that every one of his 'clients' have brought their circumstances upon themselves. It's a job and someone's got to do it, so he might as well do it well.

In fact, Collins' does it so well, that he's already on his way to clinching his debt collection agency's MAN OF THE YEAR award for the fourth year in a row. Only there's just one more account he will need close: his MOBY DICK. And he'll do anything to wrap it up... Anything.

Writer, director and editor Zale Dalen's (TERMINAL CITY RICOCHET) debut feature is a gritty character study on the hollowness of success and the lengths a man will go to prove himself. Shot within a month for 175k, SKIP TRACER remains an unsung CanCon gem that beautifully captures the grimy streets of downtown 70s Vancouver, showcases a great cynical turn by star David Petersen, and is as relevant today as when it was made.

Briefly released on video as DEADLY BUSINESS, the film has never hit DVD or Blu-Ray, and so The Laser Blast Film Society is proud to present this remarkable thriller on a rare 35mm print that has been provided directly by Zale Dalen himself!