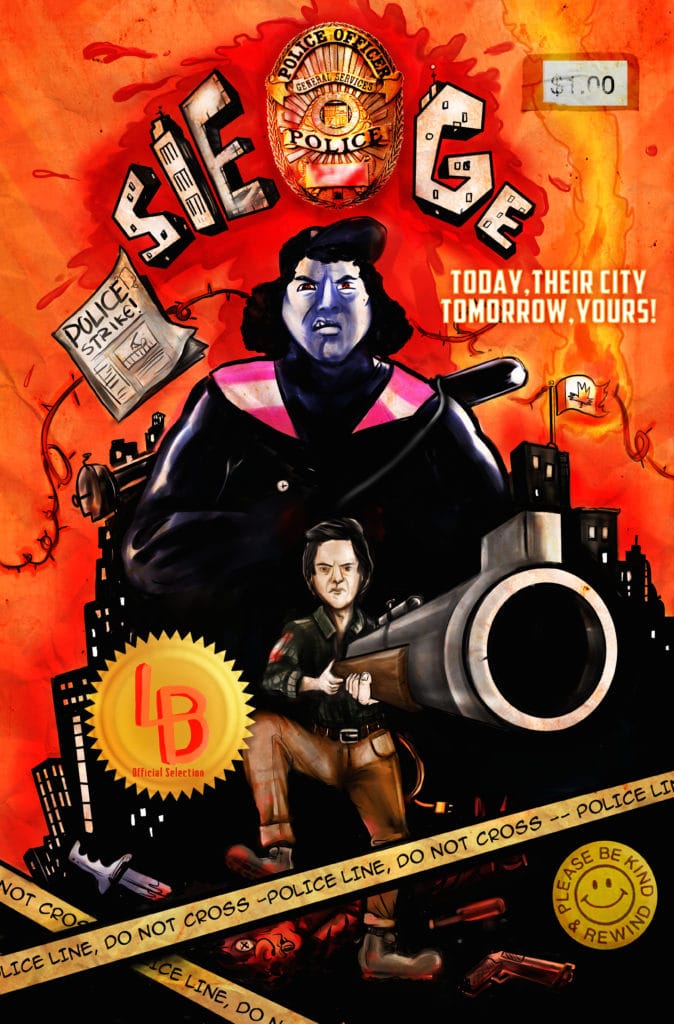 Halifax. 1982. The police are on strike, and a para-military gang calling themselves the New Order (“N.O.”) have taken to the streets to strike fear into the victims of their prejudice.

The situation quickly escalates as their mission of malice inadvertently becomes an all-out massacre in an underground gay bar. When one patron survives the ordeal and escapes to a nearby apartment, the now panic-stricken bigots find themselves in a desperate stand-off against a ragtag assembly of frightened, but brave citizens who refuse to give up the witness to the N.O.'s hate crimes. With no authorities coming to their aid, the apartment tenants must rely on their own ingenuity as they hold ground against a fully weaponized gang of thugs, constructing all manner of death-traps and defensive battlements.

Imagine Assault on Precinct 13 and Home Alone slathered in maple syrup and you're half-way towards fully grappling Siege (a.k.a. Self Defense) this angry Canuxploitative thrill-ride born from the mind of Canada's great B-movie impressario Paul Donavan (the creator of LEXX – remember LEXX?!).