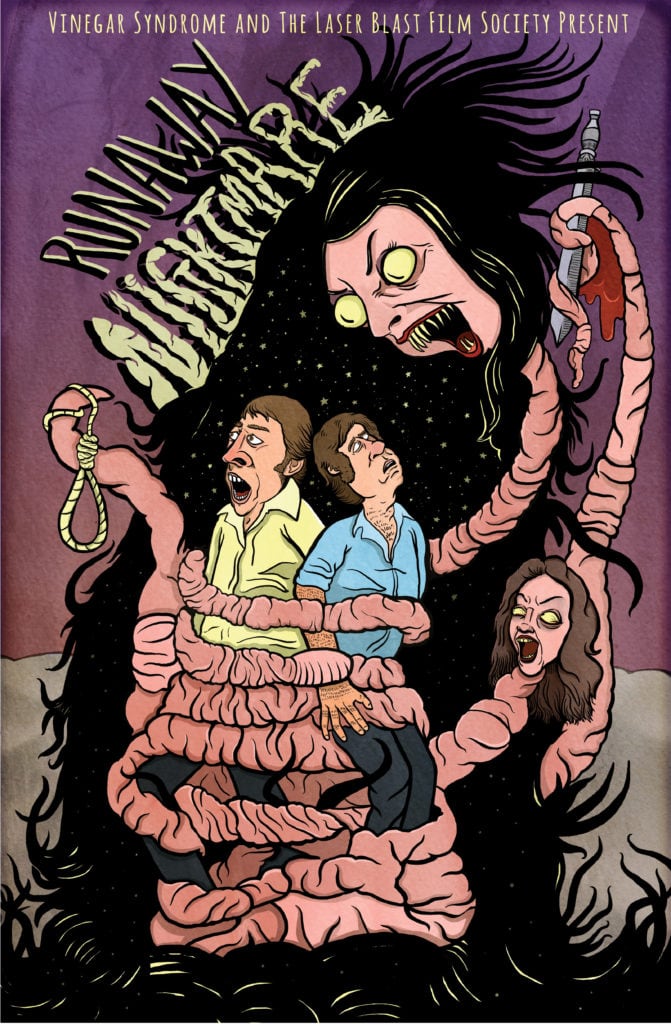 Ralph (writer/editor/director Mike Cartel) and Jason are a hapless pair of Nevada worm ranchers that suddenly find themselves whisked away by an all-female cult and embroiled in a plot to rob a supply of platinum from a local crime syndicate. Jason revels in the excitement of being prisoner to a gaggle of gorgeous (and promiscuous) women with names like Hesperia, Torchy, Fate and Electra, but Ralph, who relished the peaceful solitude of raising insects, struggles to find the silver lining, especially as he comes to learn that members of the cult are either violent psychotics or straight-up blood-sucking vampires! Gunfights, bar brawls, awkward dinners, and some of the most baffling performances in film history, ensue.

Recently rescued from obscurity and restored from its original 35mm negative by the incredible preservationists at VINEGAR SYNDROME Mike Cartel's one and only feature film is a genuine brain-melter of a movie. A delirious mash-up of sex, comedy, and absurdist horror, it ricochets between episodes of exceptionally dry wit and those of utter bewilderment.

It is as if Russ Meyer were to re-imagine KISS ME DEADLY with the aesthetic malaise of “MANOS”: HANDS OF FATE, starring Nicholas Cage (Cartel could be his lost twin) doing a James Stewart impersonation. If all that arches your eyebrows the right way, then run (don't walk) to witness RUNAWAY NIGHTMARE!