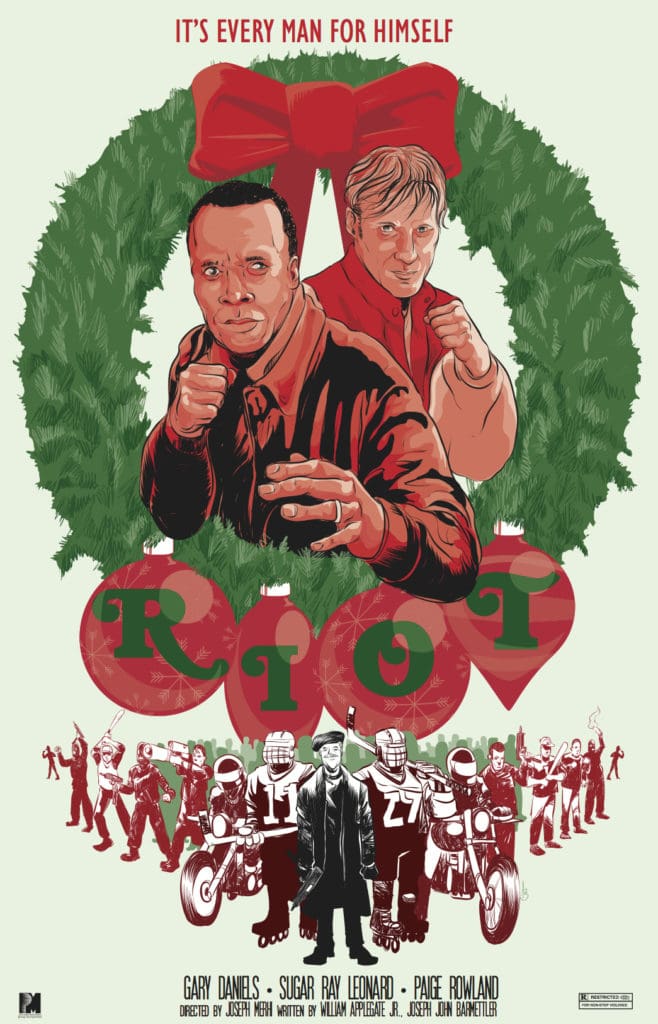 Gary Daniels was hoping for a peaceful Christmas Eve of knocking back a few brewskies at the bar with his best friend & former boxing champion Sugar Ray Leonard. But they forgot they were in an action movie (Riot) and so after clearing the bar of an entire baseball team's worth of racists (literally), Gary finds himself tasked with a one-man mission to infiltrate a gang stricken riot-zone and rescue the British Ambassador's daughter, who also happens to be Gary's former flame.