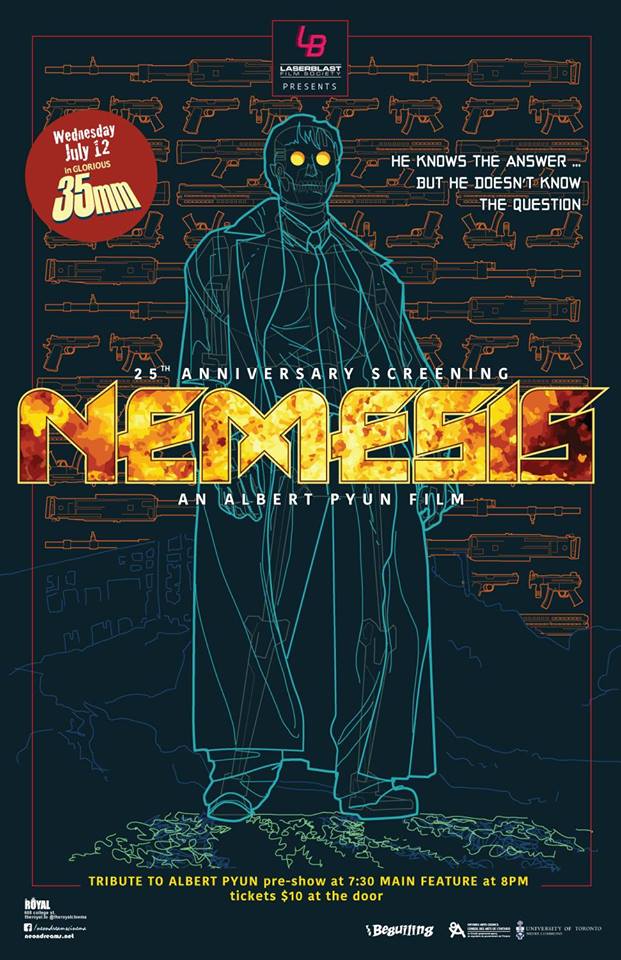 In a not-to-distant future inspired by the cyberpunk conceits of William Gibson’s Neuromancer and particularly their cinematic application as seen in The Terminator, RoboCop and Blade Runner, bounty hunter Alex Rain (a stoic and sweaty Olivier Gruner) gets shot to shit by cybernetic terrorists, only to be rebuilt by a shadowy agency and equipped with cybernetic enhancements of his own - a procedure that comes with both an existential crisis and a heart wired to explode should Alex ever decide renounce his duty as a government cyborg hunter extraordinaire. And renounce he does when he discovers that the “cyber-terrorists” he’s been battling may actually be working to help save humanity – plus some of them are spunky vixens with wicked names like MAX IMPACT.

What ensues is some of the most pyro-laden action spectacle to ever to be captured on celluloid, and its all thanks to the glorious gusto of director Albert Pyun who imbues every moment of this film with a sincere determination to entertain by any idiosyncratic means necessary, be it careening a camera with the momentum of The Evil Dead, or decking out its cast with the wardrobe and attidude of John Woo’s A Better Tomorrow. Not to mention, a full-frontal appearance from a young and hung Tom Jane!