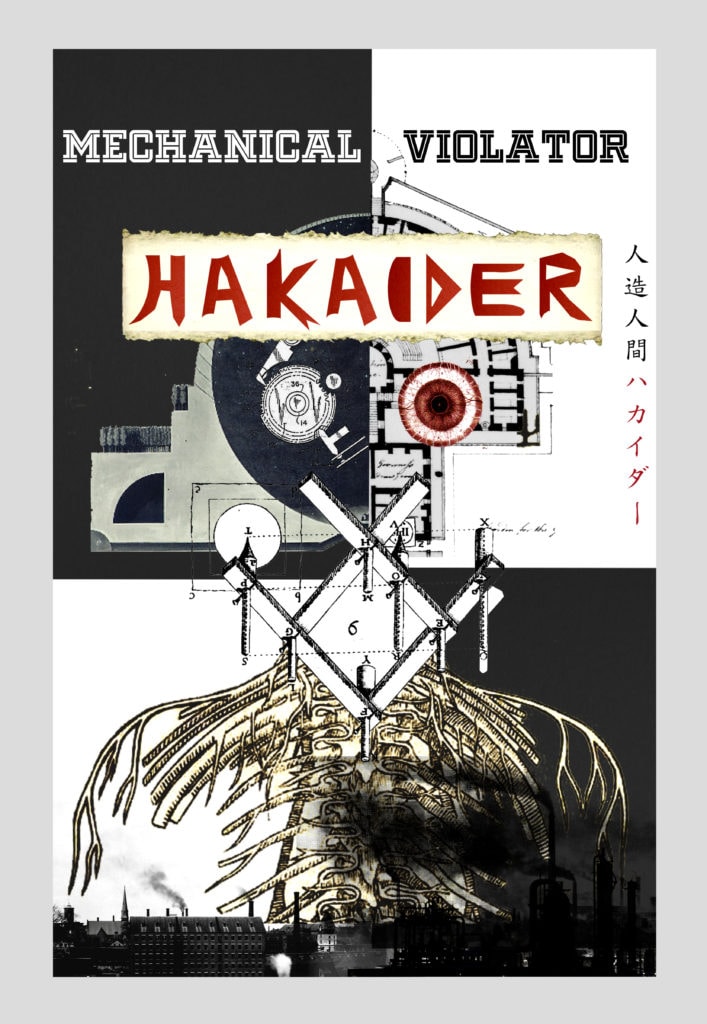 In the bowels of an abandoned building, a man breaks out of his giant chains.

He morphs into a black clad superhero with a glowing brain.

He jumps onto his bad ass motorcycle.

He sets his mega shotgun to explosion!

He rides into Jesus Town.

He kicks some ROBOT ANGEL BUTT!

Originally, released as an hour long special in cinemas, this LASER BLAST presentation of Mechanical Violator Hakaider will be a one of a kind video remix that will re-create experience of stumbling onto mind melting entertainment in the wee hours of SATURDAY MORNING TELEVISION - with all the wacky commercials intact!

And as an added bonus, we’ll also be screening outrageous excerpts from the hysterical Americanization of the cult anime series TEKKAMAN!