A disturbed woman (Fatima Maziani) is discharged from a mental hospital and soon finds herself plotting a robbery with her enigmatic drug dealer in this gorgeously grimey 8mm psychodrama. 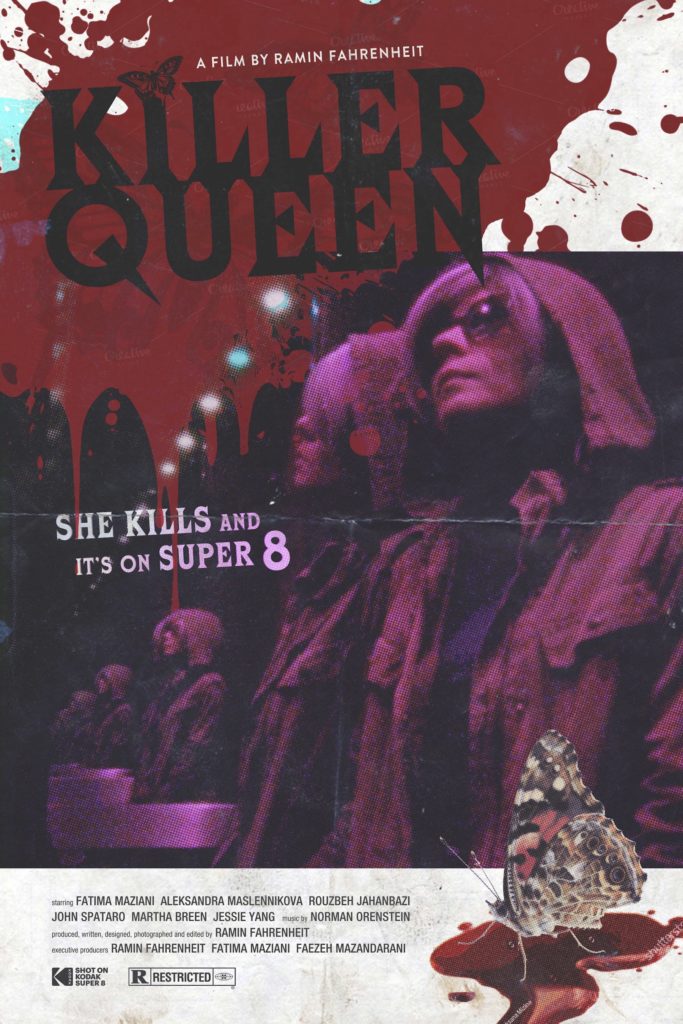 "Suggesting a world in which Doris (A Night to Dismember) Wishman becomes self-aware and bags an arts-council grant. - Adrian Mack, The George Straight"

A disturbed woman (Fatima Maziani) is discharged from a mental hospital and soon finds herself plotting a robbery with her enigmatic drug dealer. Unfortunately, their scheme spirals into something far bloodier than either expected thanks to the titular killer queen’s struggle to suppress her violent compulsions. Hypnotically unravelling in disjointed fragments, which effectively mirror the protagonist’s own damaged mine, a profound and beguiling portrait of lonelyhearts emerges – one soaked in the exploitation aesthetics reminiscent of Abel Ferrara’s lurid thrillers and Doris Wishman’s esoteric cheapies.

Photographed in and around a series of murky Toronto apartments on sublimely grimy 8mm film stock, Ramin Farienheit’s striking debut proceeds as if it were a lost artifact of the late 1970s. Propelled by a stellar electronic score by Norman Orenstein (The Editor, Animorphs), no element of its modest production feels discongruous. Even the amateur air of the performances are perfectly calibrated towards a beguiling, dreamlike atmosphere of grindhouse surrealism.