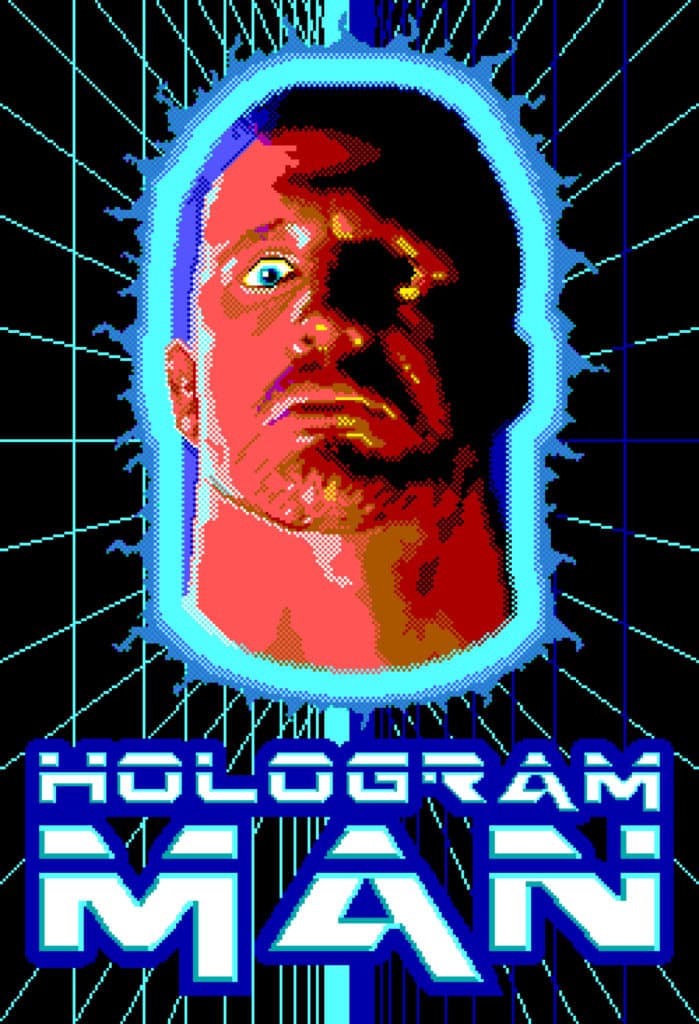 After being sentenced to life in a fandangled cyber-jail that transforms inmates into holograms and stores them on computer discs, an electrical surge frees super criminal Slash Gallagher (that name!) rendering him an atomized invincible holographic menace.

Now its up to the cop that put him there to CTRL-Z the situation before Slash wreaks terrible vengeance on a futuristic Los Angeles that looks suspiciously like the 1990s only with more beveled edges.

Gleefully ridiculous doesn't begin to describe the mayhem that Richard Pepin orchestrates. A Canadian-born co-founder of the criminally under-appreciated production company PM Entertainment, Pepin packs every minute of this Hologram Man with stupefying car-chases, explosions and scenery-chewing performances, most notably from co-producer and co-writer Evan Lurie, whose turn as Slash is positively Cageian, as in Nic.