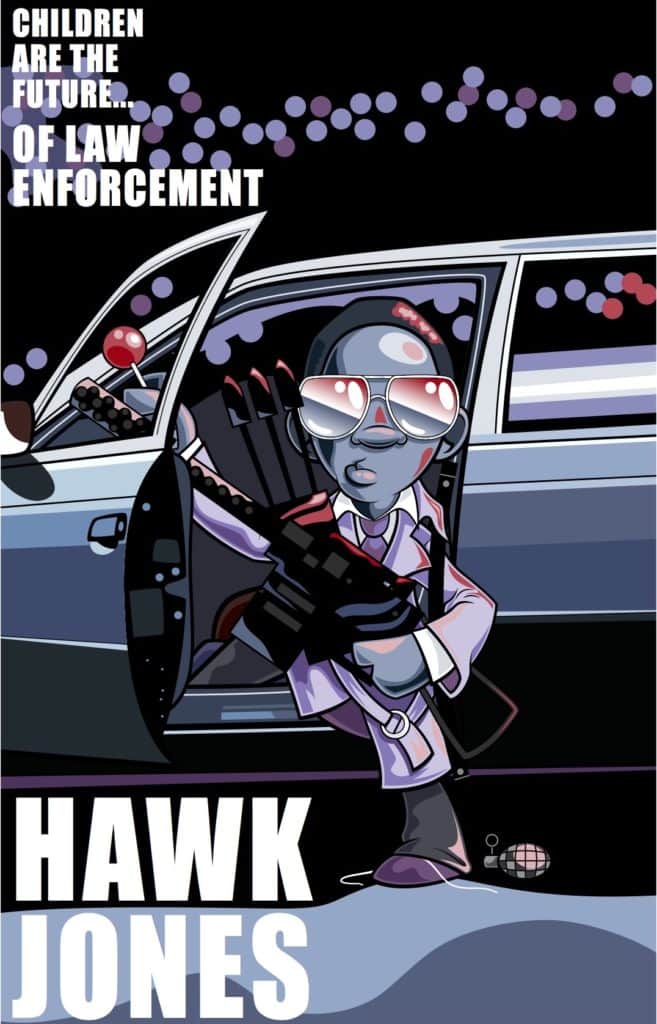 He's tough, he's a armed and he's six years old (going on seven). He's Hawk Jones, the city's most bad-ass cop, and he's got a ton of criminal butt to kick before he goes to bed at eight.

An 80s action film about drugs, loose women, and a killer cyborg assassin in which every actor happens to be under ten years old, Hawk Jones is a genuine genre effort without an adult in sight. The prepubescent cast drives cars, shoot guns and swear up a storm in this infectious cop movie pastiche in the key of Bugsy Malone.

Sure, the kids Kung Fu skills might be a little sloppy, but their performances are so hilariously earnest that it is impossible to not to be charmed.