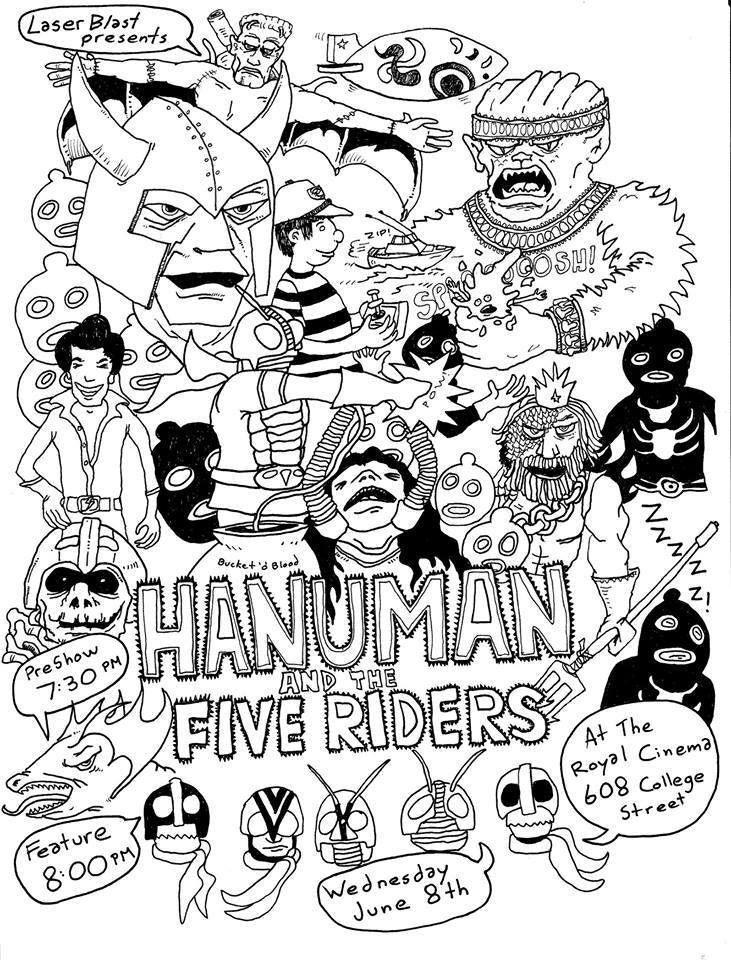 In 1974, director Sompote Sands approached Toei studios and pitched them a project that would team their KAMEN RIDER characters with the mystical Thai/Hindu god Hanuman. Legend goes that Toei went “You can make this over our dead body”, so short of murdering the Toei executives, Sands did the next best thing: he made it without their permission.

Sands built his own 99 cent super hero costumes, shot swaths of jaw dropping violence, and then he mashed together his poverty row footage with action sequences stolen from the KAMEN RIDER TV show. The result is a fever dream that features a barrage of goofy monsters, blood drinking metal men and a titular hero that crushes villains to death with an eerily gleeful zeal. You have never seen anything like it. In fact, the film has never received a proper release in North America.