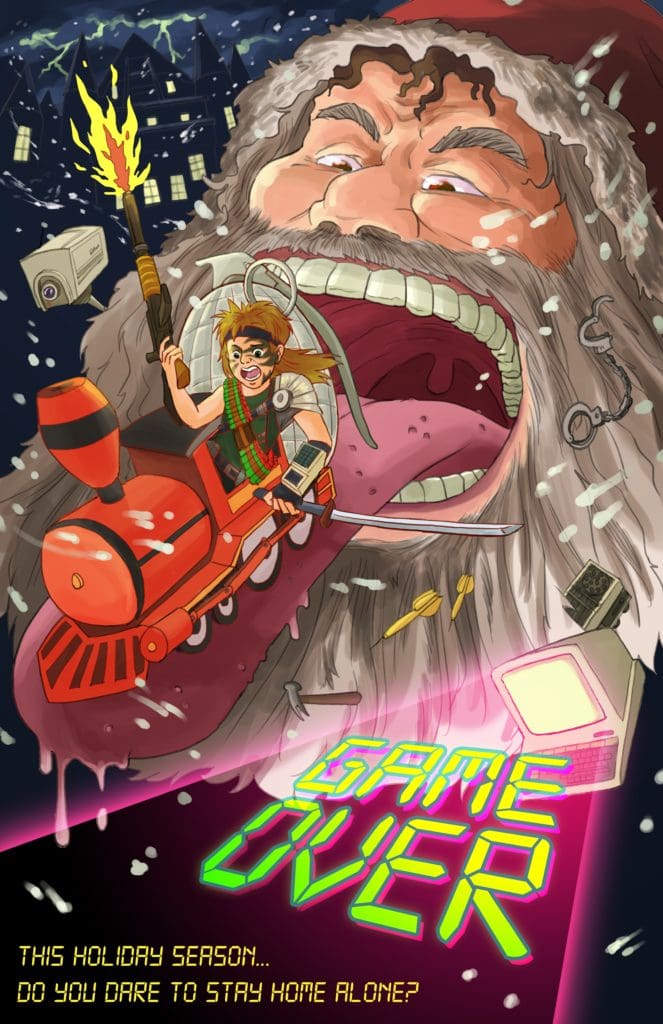 On a wintery Christmas Eve, a young boy does battle with a sinister home invader dressed as Santa Claus, using his wits and homespun weapons to survive the night. Only don’t expect head-bonking pratfalls and goofy slapstick, this is the film HOME ALONE has nightmares about.

Painted with the moody colour scheme of an Italian horror film and shot with the stylish wide-angle panache of a Terry Gilliam picture that’s dripping with the intensity of a Texas Chainsaw Massacre, DIAL CODE SANTA CLAUS (aka as DEADLY GAMES, GAME OVER and 3615 CODE PERE NOEL) is a one of a kind slice of Yuletide Terror that was unfairly buried in the snows of obscurity for decades.

Decidedly not for easily frightened children – unless you want to permanently wear a thousand yard stare.