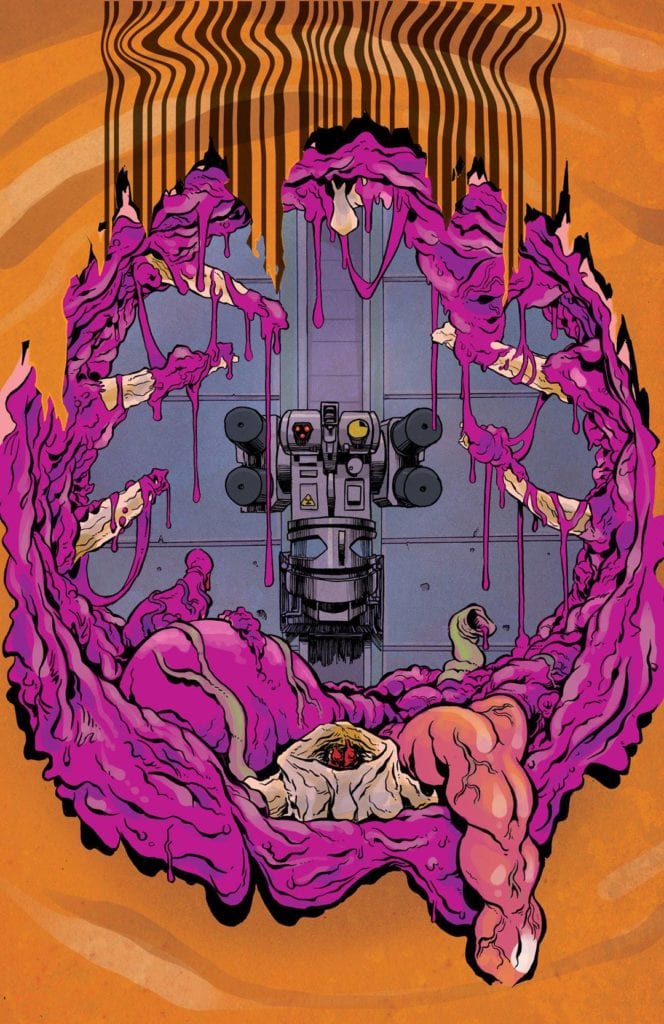 It’s the future (2017), and a reformed fascistic American government has given way to a frightening dystopia! (Timely ain’t it?)

Chief among the nation’s concerns is population control, and so when HIGHLANDER’s Christopher Lambert and Loryn Locklin risk having a second child after a miscarriage, they’re both whisked to a maximum security prison ruled by Kurtwood ‘ROBOCOP’ Smith who tyrannically maintains order via pumping the inmates guts full of “Intestinators” – bombs that go off whenever they step out of line – literally.

What follows is a meat and potatoes prison break flick, but executed with all the wit, ingenuity and rock-solid filmmaking that its director – the great Stuart Gordon (RE-ANIMATOR) is known for. As far as THE LASER BLAST FILM SOCIETY is concerned, Stuart Gordon has never, ever made a bad movie, and FORTRESS is no outlier.

While Lambert admittedly makes for a banal leading man Kurtwood Smith (Eric’s Dad Red from THAT 70’s SHOW) is a firecracker, and the rest of the cast is charismatic cavalcade, with a fresh-faced Clifton Colins Jr., an unhinged Vernon Wells (Wez from THE ROAD WARRIOR) and Gordon’s muse Jeffrey Combs all but eating the spectacular and enormous sets.

Complete with gross-out gore gags, slick-looking cyborgs, and magnificent (and sparkly) pyro-laden action, all effortlessly conducted in harmony by Mr. Gordon, FORTRESS is yet another stellar example that for the director of FROM BEYOND, ROBOT JOX and STUCK.