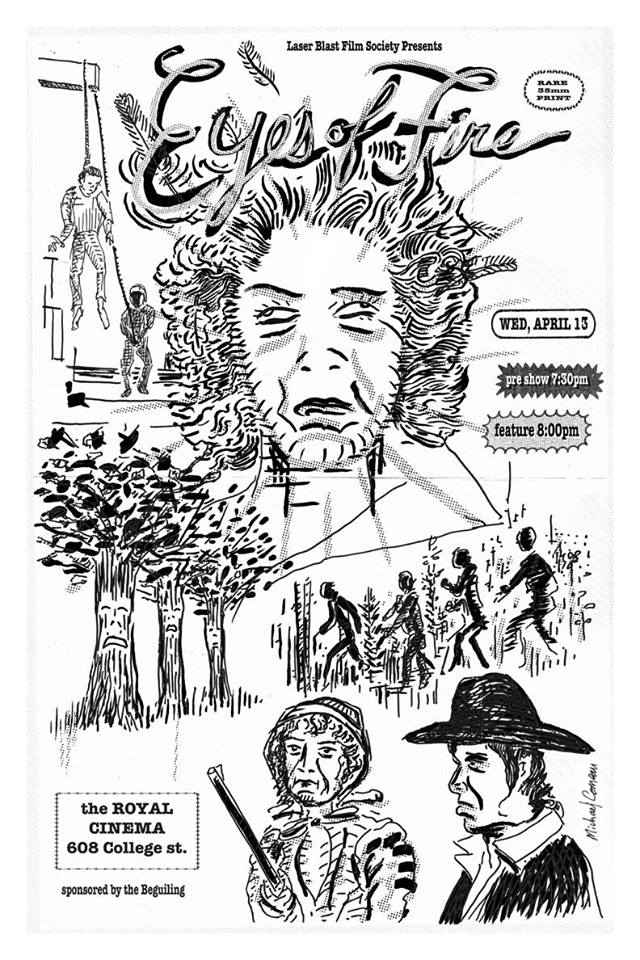 Cast out from their pious village, a misfit band of colonialists venture into a forbidden valley in search of sanctuary only to fall under the malevolent spell of a supernatural entity with an appetite for their souls.

Drawing from the same folklore as THE BLAIR WITCH PROJECT and THE WITCH, Avery Crounse's obscure indie debut from 1983 is an ambitious and utterly transfixing celluloid fever dream of witchcraft and wilderness that sadly never received the acclaim it deserved upon its release. Though a low-budget and uneven ensemble cast give the film an initial amateur air, Crounse's confidence behind the camera is palpable as he envelopes the film in a wickedly creepy atmosphere that grows thicker with each passing frame.

What it lacks in emotional gravitas, it more then compensates for with its visual panache, deftly deploying all manner of special effects, from unsettling prosthetics to psychedelic and nightmarish opticals. The uncanny ambiance is only further amplified by the stellar score courtesy of Brad Fidel (THE TERMINATOR), surreally blending brooding electronic effects with melancholy Irish musical cues.

An Introduction to EYES OF FIRE from actor Rob Paulsen: