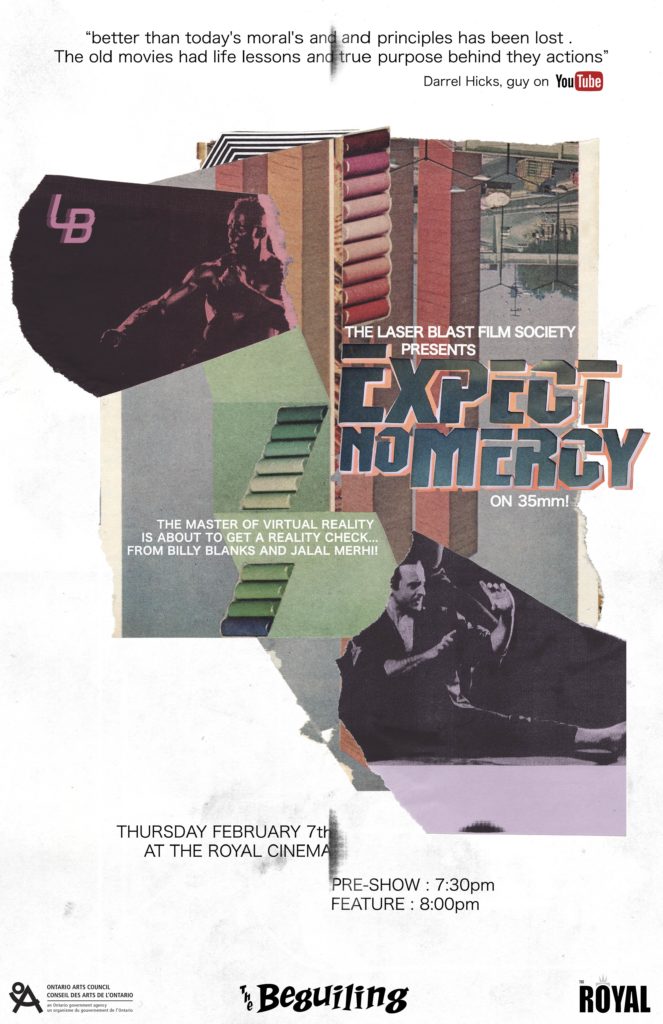 It is the future – at least as speculated from the vantage point of 1995 – and a brilliant, but nefarious tech guru has founded the Virtual Arts Academy under the auspices of training students in self-defense via virtual reality simulations, and an ulterior plot to assemble a secret army of elite assassins for contract killings. Wise to this scheming is one of the Academy’s own instructors (Brazilian-Canadian martial arts legend Jalal Merhi), and with the help of a technophobic fighter (Tae Boe fitness icon Billy Blanks) enlisted by the government to expose the conspiracy, these two warriors are about to give the school’s master of virtual reality the ultimate reality check.

Sporting a charismatic cast that includes a young Laurie Holden (THE WALKING DEAD, SILENT HILL) and the unforgettable visage of Lazar Rockwood (of the Canadian cult classic BEYOND THE SEVENTH DOOR), loaded with deliriously dated, but outrageously surreal CGI, and anchored by rock-solid direction by one of English Canada’s most underrated filmmakers, Zale Dalen (SKIP TRACER), EXPECT NO MERCY is the platonic ideal of vintage CanCon fisticuffs.