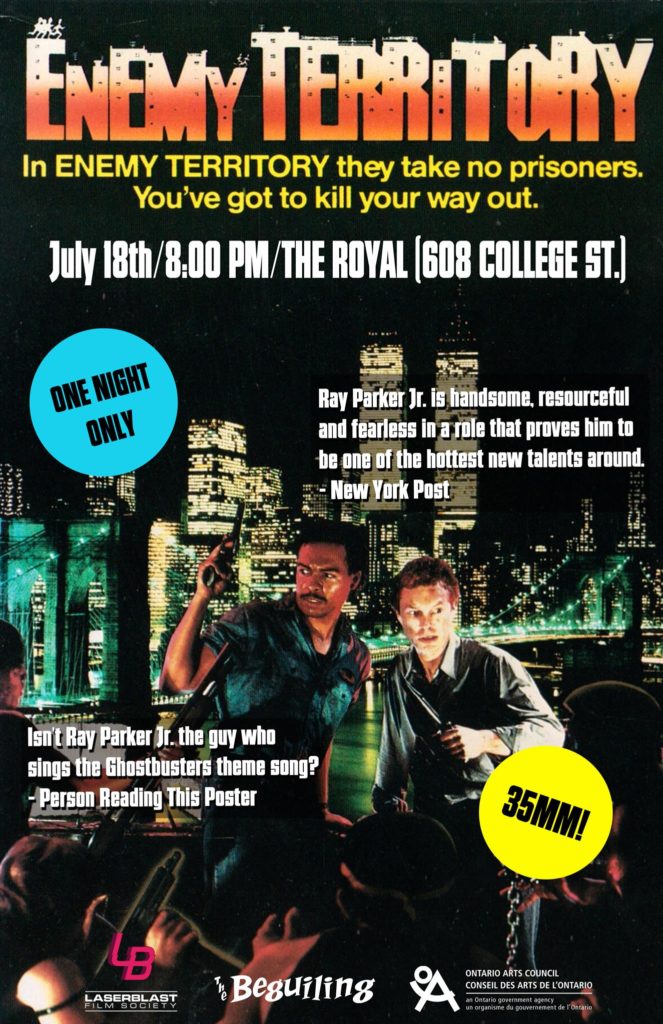 When a down on his luck insurance salesman (Gary Frank) visits a New York tenement building to land a big score, he ends up on the wrong side of a vicious street gang called ‘The Vampires’ (led by CANDYMAN’s Tony Todd!) and with the sun disappearing over the horizon, there's only one path to survival: The salesman has to head down to on foot, floor by floor, with everyone out for his blood. It’s an impossible journey, but thankfully he's got the help of Ray Parker Jr. (Yes, the guy who wrote and sang the GHOSTBUSTERS theme) and a drunken Vietnam vet (Jan-Michael Vincent) who likes to ride around in a weaponized wheelchair.

It’s gonna be one hell of a night.

Unfairly forgotten, ENEMY TERRITORY is an oddity in Charles Band’s EMPIRE PICTURES catalog: There’s no little creatures, robots or puppets! Instead, the film is a little hyper-stylized gem of survival, suspense, and revenge. Featuring colourful early cinematography by Ernest Dickerson, who shot DO THE RIGHT THING and directed DEMON KNIGHT, it has somehow never been released on DVD or BLU-RAY.