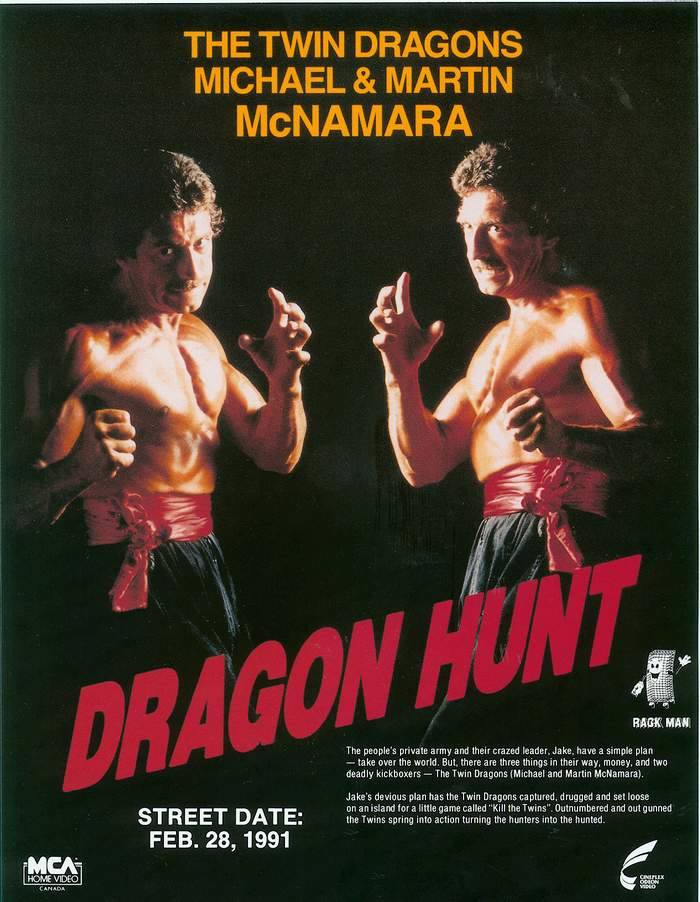 Hong Kong had Bruce Lee, Belgium has the Muscle from Brussels, and Uncle Sam is defended by the likes of Norris and Segal. But in the Great White North we have THE TWIN DRAGONS: Martin and Michael McNamara, two champion kickboxing brothers who in the late-1980s portrayed themselves in a duology of maple-syrup martial art epics would later become late-night TV staples throughout the country.

In each film, the McNamara’s found themselves antagonized by a sadistic woodland militia within the wilderness of Pointe au Baril, Ontario, but it was in their second effort DRAGON HUNT, that this formula was perfected, perhaps thanks to the addition of ninjas, nursery rhymes and ludicrous levels of explosions and gunfire.

Further complimented by an infectious rock n’ roll soundtrack courtesy of Southern Ontario rocker Billy Butt and outrageous comic-book villainy from the mo-hawk sporting, Mother Goose-quoting Jake (B. Bob), only cult classics as notorious as Miami Connection or Deadly Prey could begin to approximate the martial arts mayhem that await audiences in this classic of Canuxploitation cinema. 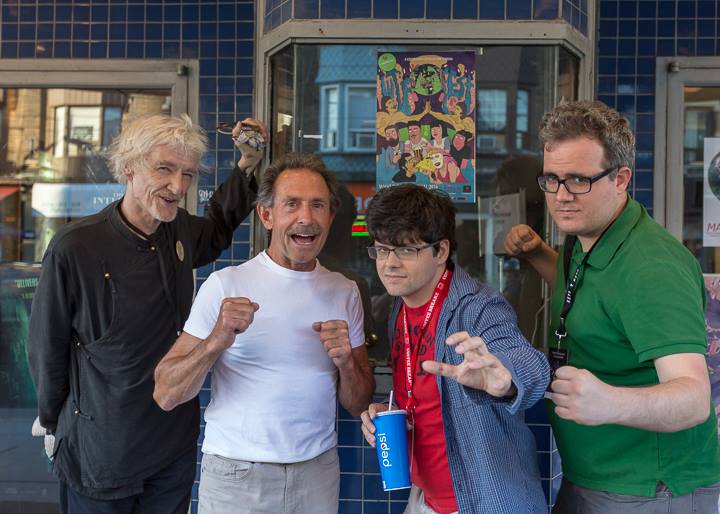