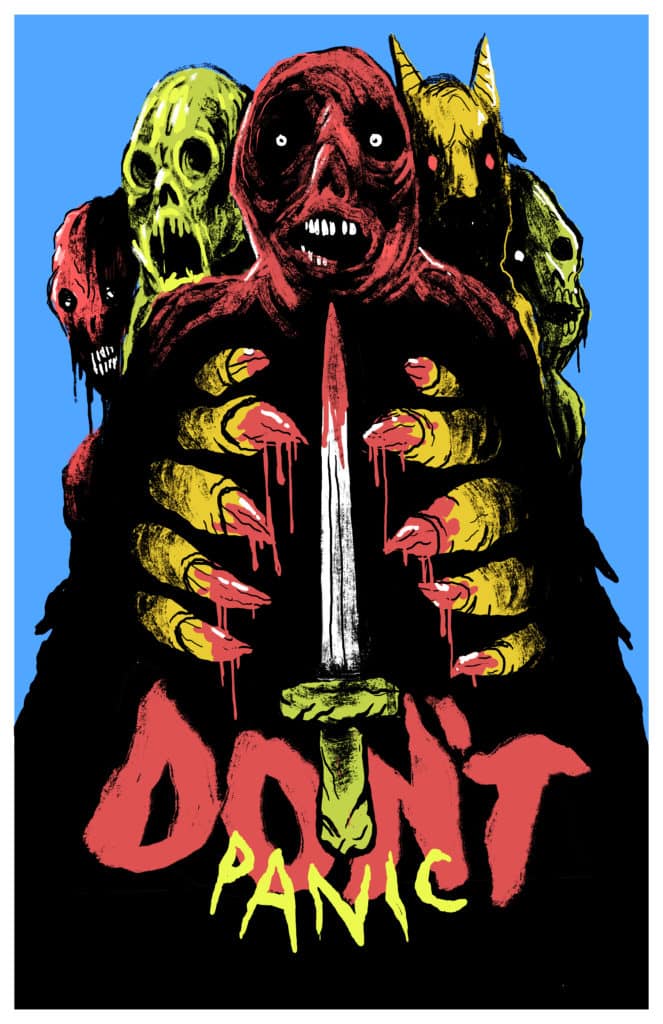 After Mexico's non-union equivalent of Alex Winter, Michael, spends his 17th birthday being peer-pressured into holding a seance with a Ouija Board, he subsequently gains the uncomfortable ability to see through the eyes of a demonic killer that has begun to target his friends! How ever will he save his pals and find time to woo the new girl at school with a magic rose?!

In an ironic twist for a movie titled DON'T PANIC, writer/director Rubén Galindo Jr. has Michael respond to his misfortune with a heck of a lot of panicking and in uniquely prepubescent dinosaur jammies to boot!

Blending slasher tropes with supernatural shenanigans reminiscent of The Eyes of Laura Mars and Nightmare on Elm Street, this late-80s cheese fest is a breathless cyclone of borrowed ideas eclectically executed with bone-headed gusto and deliriously dubbed with earnest enthusiasm.