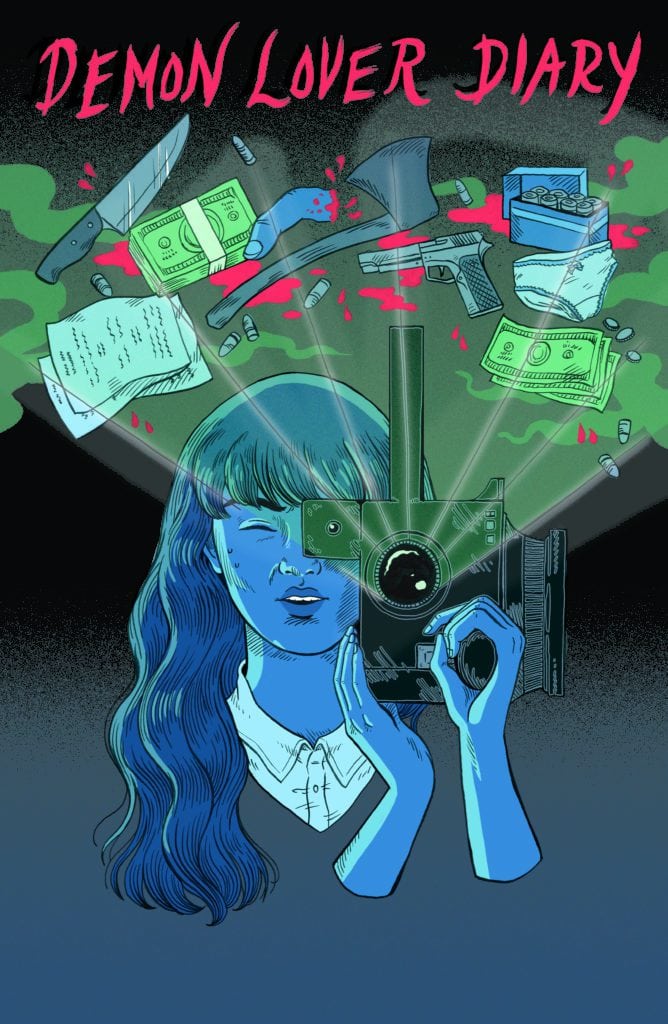 In 1975, cinematographer Jeff Kreines was hired to lens a horror movie called The Demon Lover (1977), and invited his partner Joel Demott to tag along and document the experience with her trusty 16mm camera. They expected a difficult shoot, beset with trials typical of low-budget film production, but what they got was a gonzo descent into filmmaking hell.

Actors show up drunk (if at all) and frequently fail to remember their lines, costumes, props and sets are hastily assembled mere hours before the cameras roll, but the production's greatest liability lies with its duelling captains: first-time filmmakers Donald G. Jackson (who miraculously had a prolific career after this, and is best known for Hell Comes to Frogdown) and Jerry Younkins (who cut a finger off to fund the film and would subsequently author TWO books about knives).

Frequently at odds with each other, their crew, and especially Joel and Jeff as they navigate this deranged production, their only real consensus is in their desperate desire to simply finish the film... at any cost... even if it means arming themselves with rock star Ted Nugent's gun collection.

It is a vérité celluloid nightmare of suspenseful incompetence. While "the making-of" sub-genre is a boilerplate mode of documentary filmmaking, there's an undeniable singularity to the raw personal perspective of Demon Lover Diary.

Rarely screened, not commercially available anywhere, Demon Lover Diary akin to watching a car-crash in slow-motion through the eyes of a filmmaker who appears to legitimately fear for her life in the film's final moments.