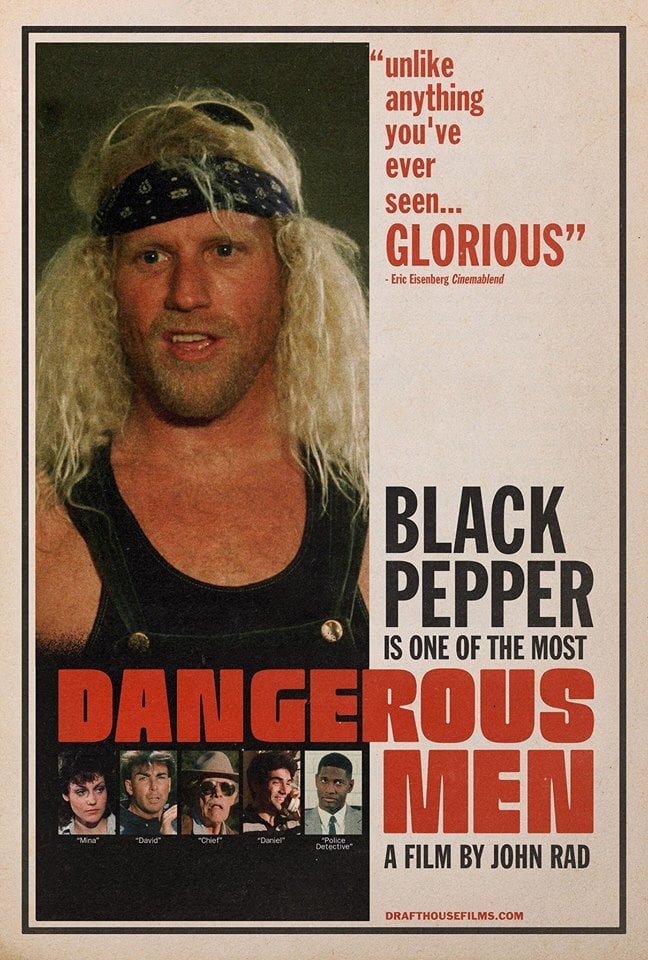 The brain-product of Iranian filmmaker John S. Rad, following in the footsteps of Amir Shervan's immortal SAMURAI COP, DANGEROUS MEN was conceived in 1979 and took 26 years to reach silver screens in 2005 - and all four of them were LA.

The result is among the most baffling films you will ever see, and thanks to curatorial prowess of Drafthouse Film and the exhaustive restoration work of the American Genre Film Archive, its sublimely peculiar incompetencies can now be experienced by all those who relish exploitation cinema.

Rad's direction is remarkably scattered as if he is approaching each scene with zero recall of what came before it, so instead hysterically generates subplot after arbitrary subplot, all the while clumsily trying to tie it all together with absurd action breaks set to a soundtrack that sounds part CAPCOM side-scroller, part 'someone-left-a-CASIO-keyboard-on-demo-mode-again".

The delirium compounds with every scene, shedding a parade of eccentric characters as it barrels along, the most memorable of which is a bonkers biker-punk composite named BLACK PEPPER.

When it reaches the gob-smacking conclusion, you'll be left with a question and exclamation: "How did it take John Rad 26 years to make this?!" and "God bless John Rad!"