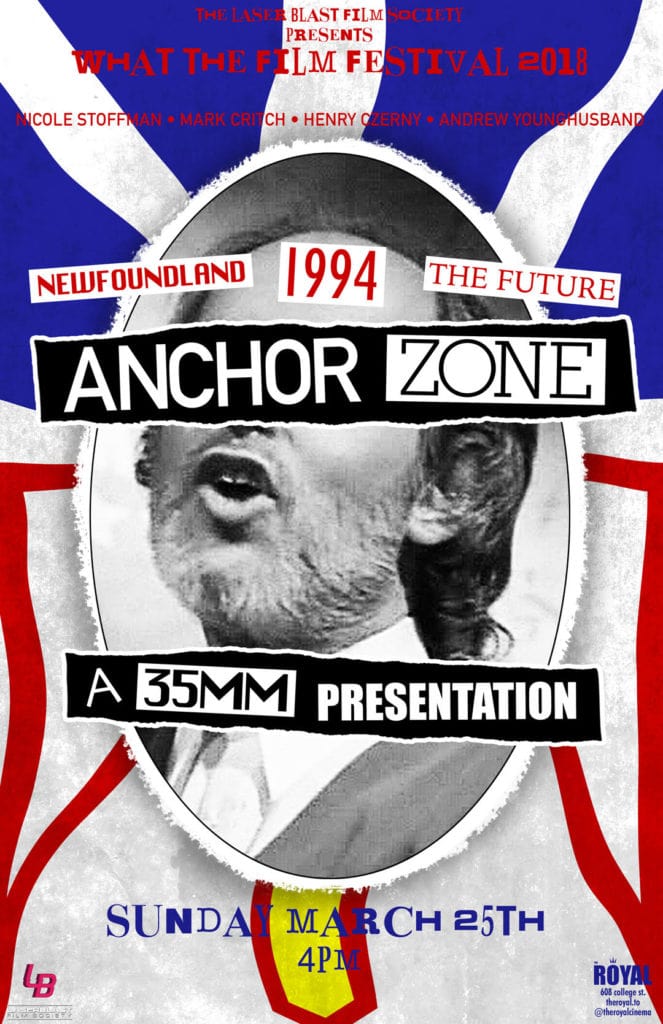 In the far future of 2010, Newfoundland is in ruins: the streets are overrun by snarling punks, the evil Wondracrop corporation rules the land with an iron fist, and the island is impossible to escape because the sea has become a deadly acid.

When a young upper class woman named Robin (Nicole Stoffman of Degrassi Junior High) learns that her thought-to-be-dead dad is in fact very much alive somewhere in the city, she sets out to find him. The moment Robin hits the streets, she is mugged, caught by the police, and handcuffed to a skateboarding ruffian named Radd (Mark Critch of This Hour Has 22 Minutes). Together they make a daring escape and before long meet up with Radd’s best friend Dogface (Pheilm Martin) and young Ved (Michael Luke), a child who recently escaped government experimentation. This newfound family now has to dodge corrupt future cops, endure a bounty on their heads, and solve an impossible problem: how to escape the world their parents ruined?

Made in 1994 to the tune of a million dollars, ANCHOR ZONE was designed to kick-start the Newfoundland film industry and compete with 1995’s glut of Hollywood summer blockbusters. Directed by Andrée-Anne Pelletier (VOODOO DOLLS), ANCHOR ZONE is ‘sci-fi blockbuster’ at its most Canadian: small-scale, starkly designed and hinged on emotions instead of pyrotechnics. It’s also got the hilarious slang of a cyberpunk novel, the smog filled streets of a budget BLADE RUNNER, and the folksiest depiction of a dystopia ever put on screen. You’d swear the crumbling streets of the future were just St. John’s illuminated by red and blue lights.

At the time of its release, the producers drummed up a ton of press, published a novelization and announced a bold plan to skip home video and release directly onto the future of cinema: CD-ROM! Alas, the film flopped, their best laid plans were abandoned and ANCHOR ZONE was unfairly banished to the outer zone of our national memory.

Near-impossible to find on VHS and unreleased on DVD, we’re proud to present this historic oddity on a rare 35mm print, unscreened since 1994, on the big screen. - Justin Decloux