#53 – Abraxas: Guardian of the Universe 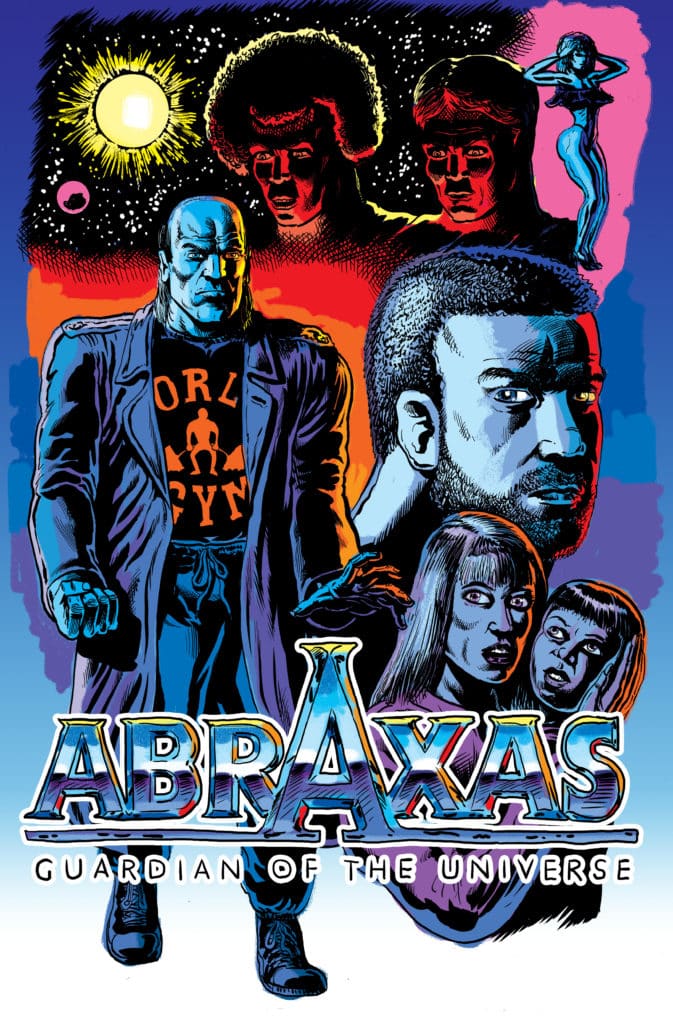 The Laser Blast Film Society invites you to traverse time and space with the 38th Governor of Minnesota (Jesse Ventura) as he pursues Arnold Schwarzenegger's best bud (Sven-Ole Thorsen) across two galaxies to a sleepy wintery hamlet on Earth in order to prevent him from solving the "Anti-Life Equation."

Despite riffing largely on the structure of The Terminator, writer/director Damian Lee conjures an imaginative mythology anchored by a wonderful sc-fi vernacular that teeters between camp and cool as it coins badass names like Secundus, Tyrannus 7, and THE CULMATOR. That it also features a virgin birth, a child-god and intergalactic "wise-men" that travel afar during the holiday season, also make it a Canadian Christmas classic in our books!

Such eccentricity is further seasoned with a healthy helping of sparkling pyrotechnics and burly stunt work, not to mention a cameo from "The Belush" himself as a disgruntled school principal!