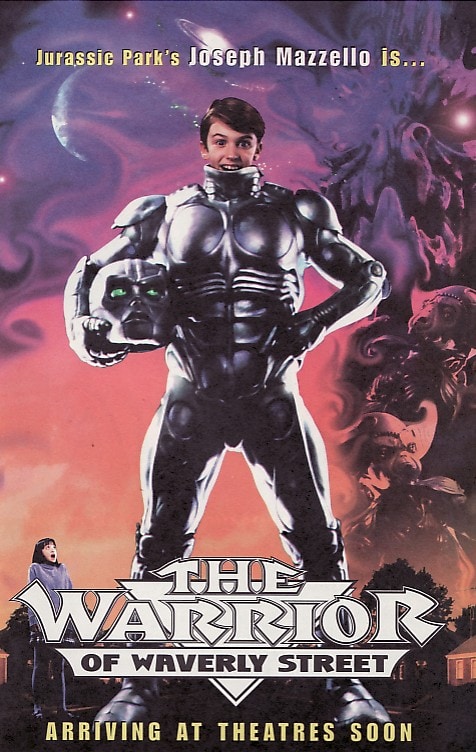 THE LASER BLAST FILM SOCIETY once thrilled you with the lo-fi lunacy of THE SKID KID, but this month we’re about to send you into orbit with the cyber-slick shenanigans of STAR KID. Starring JURASSIC PARK and BOHEMIAN RHAPSODY'S Joseph Mazzello as a pitiable prepubescent protagonist thrust into a sentient cybernetic battle suit, this delirious late 90’s children’s film has fallen between the cracks of nostalgia, but is rife with hysterical cosmic action and sparkly pyro-laden spectacle. Gleefully written and directed by Manny Coto (the auteur behind the cult slasher DR. GIGGLES), STAR KID skirts that sublime line of mischief that never quite becomes irresponsibly R-Rated, but is certifiably deranged.