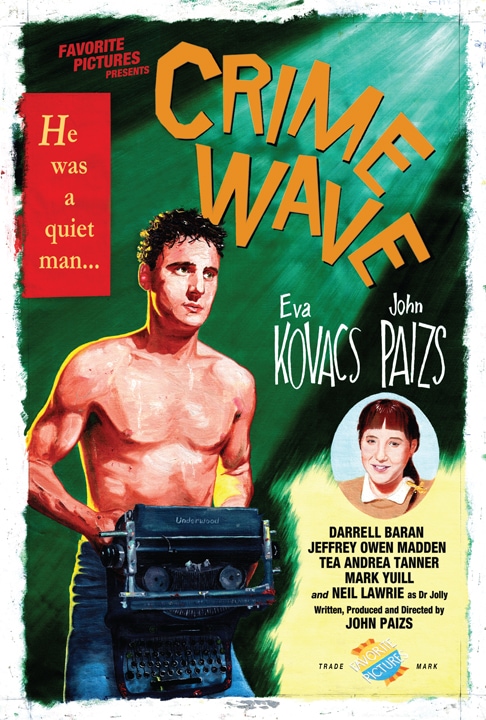 "One of the greatest and yet most perversely overlooked debuts in English Canadian movie history, writer-director John Paizs’s CRIME WAVE announced the birth of a new genre in Canuck cinema: what cultural critic Geoff Pevere dubbed “prairie postmodernism.” CRIME WAVE centers around an awkward loner, Steven Penny, who turns out bizarre scenarios for colour crime movies. Steven wants to turn on the best colour movie ever, but he has a problem, he can only write beginnings and ends to his scripts. No middles! Living above a family garage in suburbia and befriended by the landlord’s ten-year-old daughter, we see excerpts from a number of Steven’s scripts, zany ideas based on get-rich-quick schemes. Finally frustrated by his creative block, he sets out for Kansas to meet Dr. Jolly, the script doctor." - Winnipeg Film Group