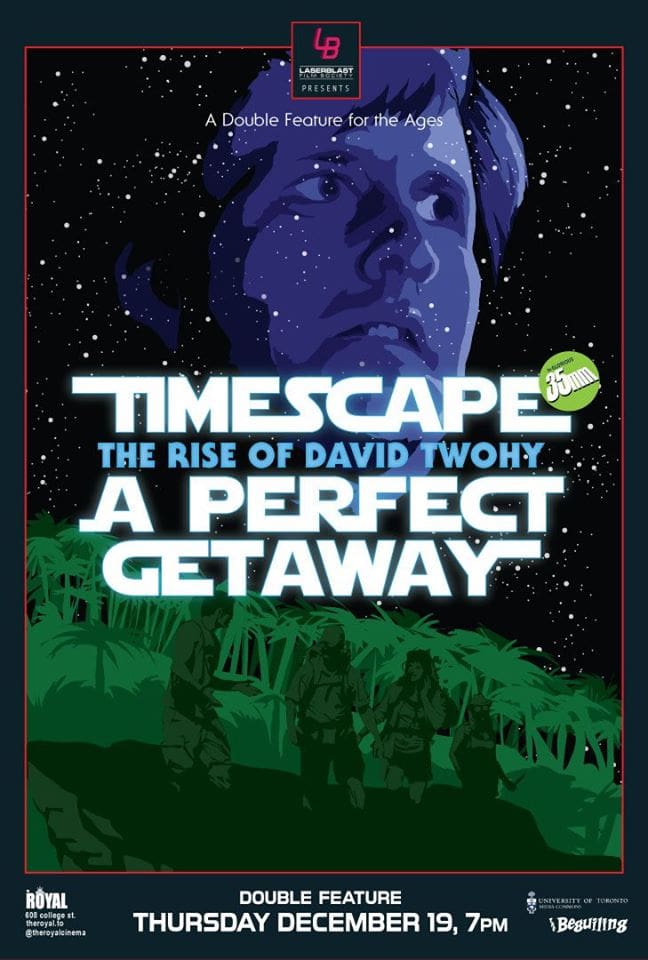 Popularly recognized for his imagineering of the gleefully esoteric sci-fi adventures of Richard B. Riddick, David Twohy is also one of Hollywood’s most skillful, yet woefully underrated thrillmeisters both on the page and behind the camera. Responsible for penning the pulp worlds of WARLOCK, CRITTERS 2: THE MAIN COURSE and the blockbuster adaptation of THE FUGITIVE, Twohy crafts precise momentum machines that spew crackerjack dialogue and pump elegant formal invention.

This holiday season take a trip and luxuriate within two of his most overlooked productions, his 1992 directorial debut TIMESCAPE (aka GRAND TOUR: DISASTER IN TIME) and his sublime meta-thriller A PERFECT GETAWAY, which is celebrating its 10th anniversary. The former stars Jeff Daniels and a pre-JURASSIC PARK Ariana Richards as a father and daughter investigating the temporal origins of their bed and breakfast’s enigmatic patrons, while the latter assembles Steve Zahn, Milla Jovocich, Kiele Sanchez, and Timothy Olyphant and strands them in the Hawaiian wilderness with a pre-THOR and frequently shirtless Chris Hemsworth and rumours of a couple of serial killers on the loose!