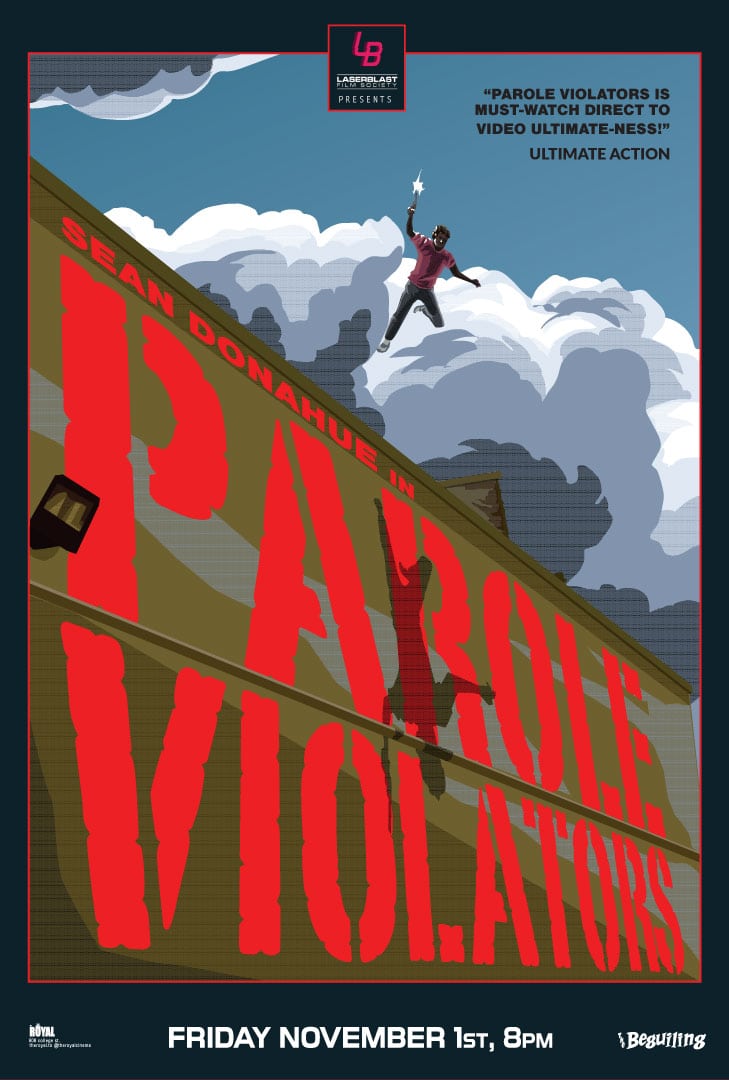 That’s the name of the game for television host Miles Long (Sean P. Donahue) on his head smashing television show Parole Violators, but when Miles’ girlfriend is kidnapped by some nefarious bad guys, Long has to go the extra mile to deliver a skull-crushing special bulletin of extreme justice! You have never seen a more stunt-filled movie than this directed by a man who cast his own son as the lead.