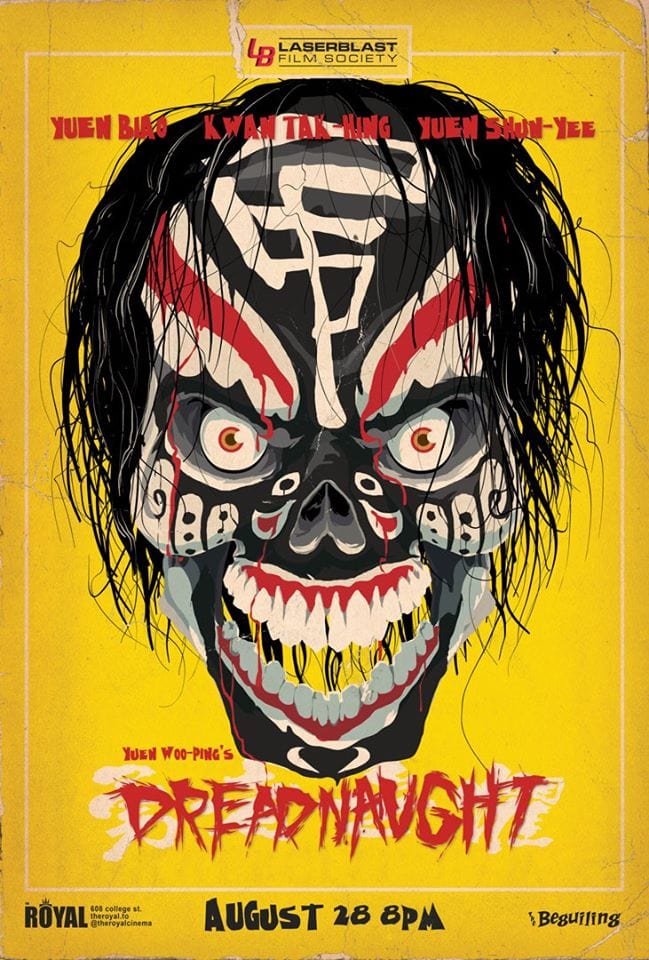 A psychotic martial-arts criminal named “White Tiger” (Yuen Shun-Yee) spirals into murderous rage everytime he hears the sound of jingling bells - which is a problem for wimpy laundryman named “Mousy”(Yuen Biao) who wears those bells around his neck! Will Mousy be able to learn the skills to defend himself from legendary hero Wong Fei-Hung (Kwan Tak-Hing ) before he gets his head ripped off by a screaming (but very skilled) madman?

One of the unheralded gems of old school martial arts cinema, DREADNAUGHT has a fantastic pedigree. It’s directed by the famed action choreographer Yuen Woo-Ping, stars some of the best action actors to ever grace the screen and is packed to the brim with jaw-dropping fight scenes that will make an audience’s head spin.