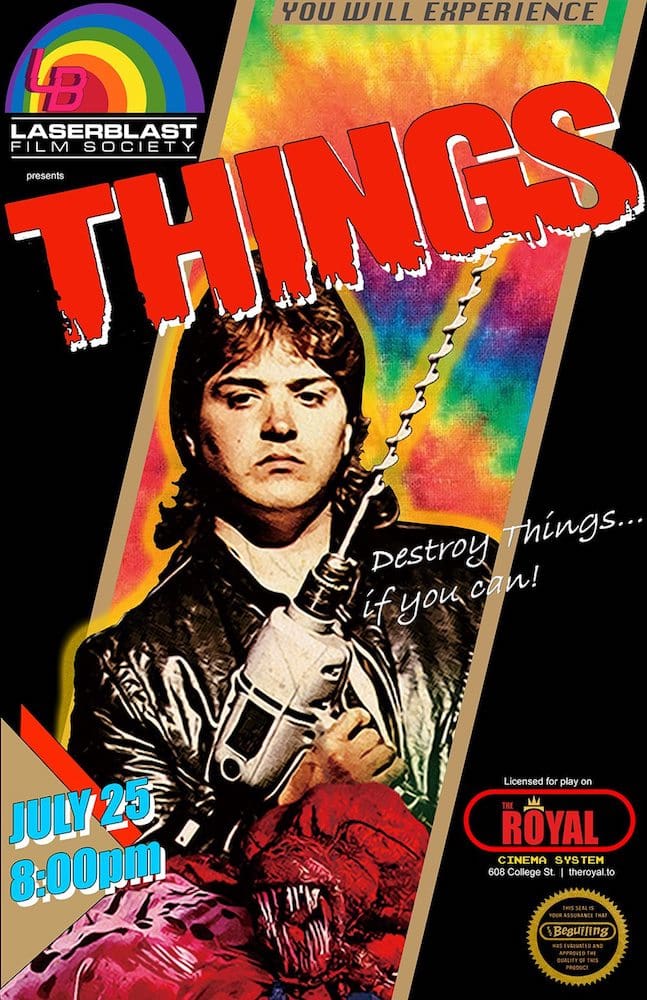 Conjured from the minds of Canadian filmmakers Andrew Jordan and Barry J. Gillis comes the most delirious motion picture to ever be released as a consumer product. So deranged are its contents that since its inauspicious release on home video in 1989 it has steadily garnered a reputation from incredulous souls who have endured it as the very nadir of the medium that is cinema. We, at the Laser Blast Film Society, reject that assessment as a glib simplification of a more complex truth. Despite the film’s complete disregard for any and all filmmaking conventions as it endeavours to tell the story of a trio of hosers battling ant-like monsters in a cabin in the woods, it remarkably transcends to a state of aesthetic dementia so singular and striking it achieves a kind of ineffable sublime. Every bit of poorly dubbed dialogue is soaked in a memorable dissonance that will permeate your subconscious until your dying day; every composition and editorial decision baffles to maddening degrees. To look upon THINGS, to encounter its characters and experience its semblance of a narrative is to induce in oneself a sensation of such hysterical laughter it can only be compared to fictional accounts of those who have starred into inky domain of an elder god.