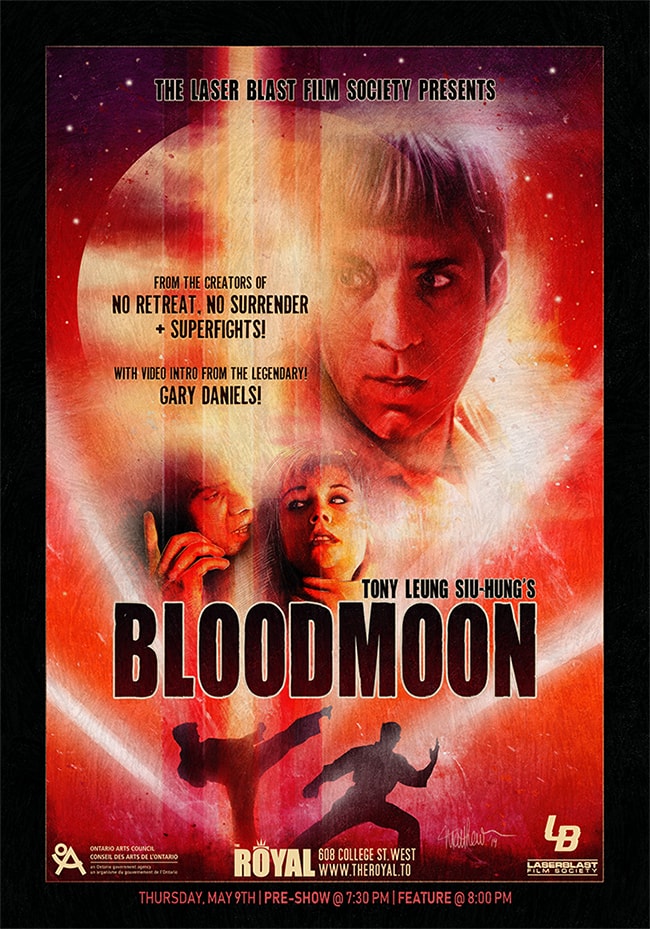 When a masked kung-fu serial killer (portrayed by the great Darren Shahlavi) sets his sights on a martial arts champions like ECW champion Rob Van Damme, there are only two cops with all the right moves to crack the case: Gary Daniels (FIST OF THE NORTH STAR) and Chuck Jeffreys (SUPERFIGHTS). The former is a disgraced FBI “mind-hunter”, the latter a magic-obsessed detective; divided they’re hapless, together they’re gonna be responsible for a barrage of incredible action.Helmed by Seasonal Film’s unsung master of the US-Hong-Kong co-production Tony Leung Siu-Hung (NO RETREAT, NO SURRENDER 3: BLOOD BROTHERS), every frame collides with spectacular entertainment, from delirious camp performances to spontaneous giallo-lighting, and a whole heap of expertly choreographed and bone-crushing martial arts mayhem. Within the first 12 minutes, you’ll witness the evisceration of a combatant via discrete blows from a shelf, a bottle, picture frame, and plate-glass window to the face. And to think that the cast and crew had to endure the relative anonymity of the straight-to-video shelf for all their hard work, while vanilla contemporaries like RUSH HOUR dominated the box office.