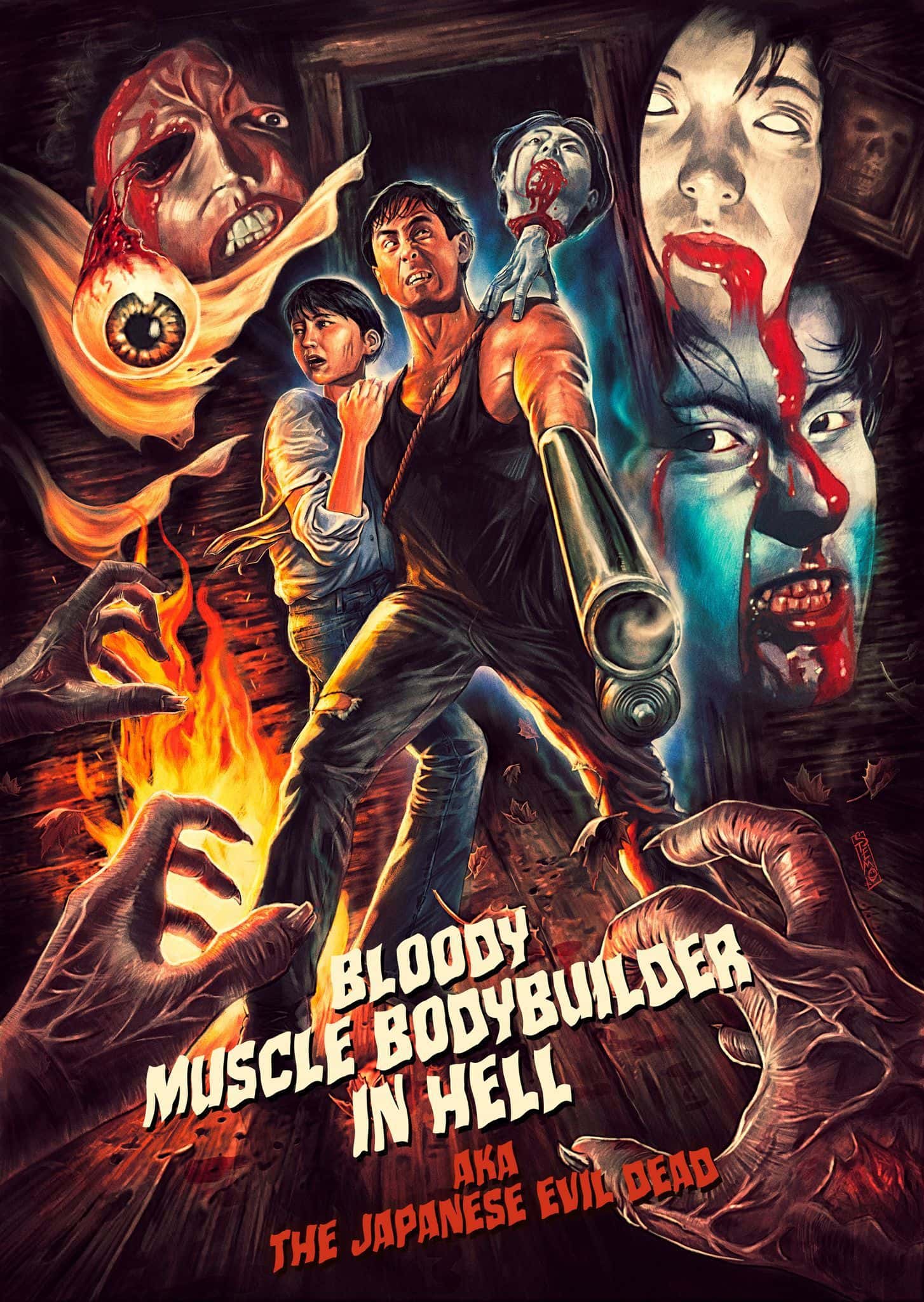 First (and only) time writer/director/actor/editor/cinematographer/special effects creator Shinichi Fukazawa’s deliriously named film is a winking homage to Sam Raimi’s THE EVIL DEAD, transplanting the story of hapless folks getting besieged by anarchic evil spirits from a cabin in the woods to a traditional and claustrophobic Japanese home. Unfortunately for the vengeful ghosts, one of the hapless ain’t so helpless, as they happen to be the titular BODY BUILDER (portrayed by the director himself), and have brought along some barbells to this spook-a-blast brawl. Shot on grimy Super 8 in 1995, but only completed and released in 2014, Fukazawa impressively distills his love supernatural splatter to a lean 62 minutes, while colliding a familiar barrage of low-fi gore, stop-motion monsters, and verbatim Evil Dead one-liners without ever feeling like a rehash. In era of remakes and reboots, it is the rare cover that remixes its source into something fresh and surprising; a treasure of a cult film that desperately deserves an audience so that it can swallow their souls.