The Laser Blast Film Society Presents: A Fistful of Fingers

What: A Fistful of Fingers - Edgar Wright's debut feature PLUS a bonus mystery spoof film! 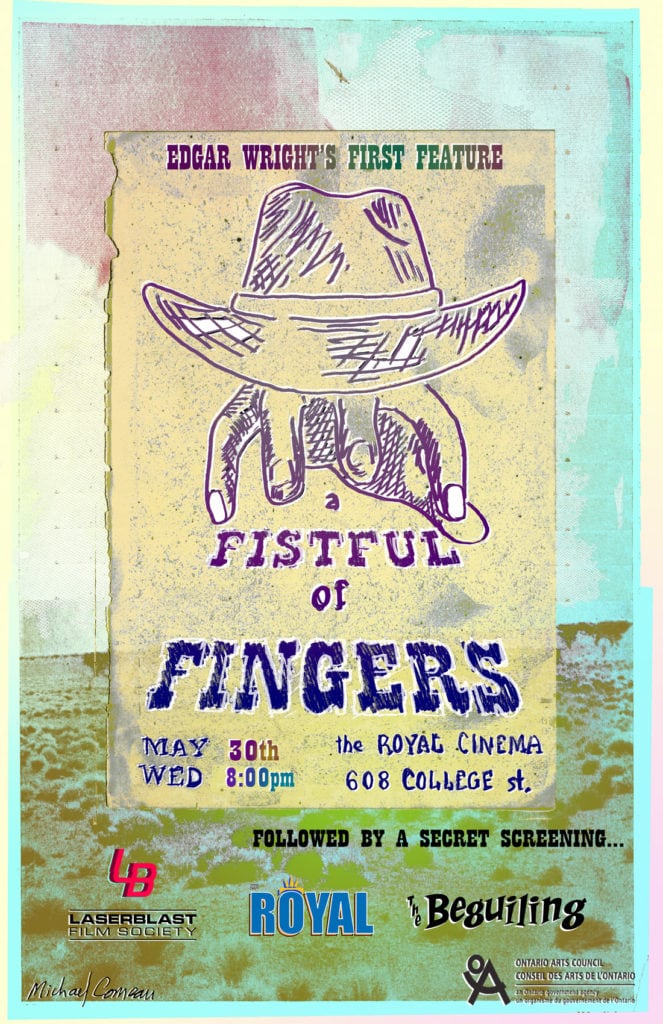 “Loaded with unashamedly sophomoric humor, but fired with a kind of early Richard Lester-esque elan that doesn’t run out of gas.” - Variety

Before his classic comedy SHAUN OF THE DEAD and revered cult series SPACED, Edgar Wright cut his teeth as a filmmaker with a barrage of low-budget productions, the most ambitious of which was a feature-length spoof on the spaghetti-western. Casting a cavalcade of chums and rustling up as many prop guns and cowboy hats as he could find Somerset, England, Wright amusingly transforms the green and pleasant English countryside of his hometime into a sun-baked, dust-ridden setting worthy of Leone, and piles on gag after gag with the rigour of Zucker, Abrahams, Zucker. In telling the story of an enigmatic gunman with no-name (Graham Low approximating Clint Eastwood… in Dirty Harry), various western tropes collide with hysterical ingenuity, and Wright captures it all with the visual dynamism that would come define his signature style. Never released on home video, and perhaps never even screened theatrically here in the colonies, this is a rare opportunity to see the primordial work of one of contemporary cinema’s great pop directors.

PLUS WE’RE SCREENING A BONUS MYSTERY SPOOF FILM AFTER IT!