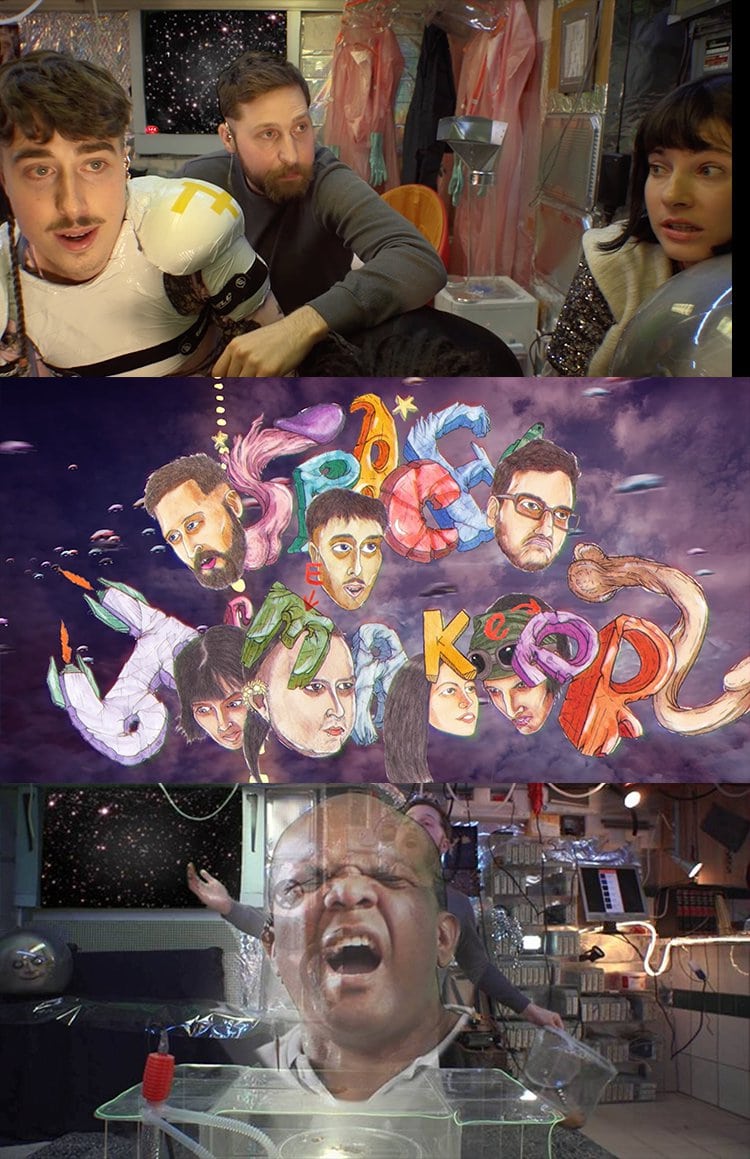 The year is 1991, the universe is not our own, but rather a high-technology utopia wherein humanity stretches across multple star-systems, and manages an addiction to cream-based foodstuffs and perpetual body-modification. Following an altogether alien holiday celebration, three bros (Zak Tatham, Aaron Mancyzk and Efehan Elbi) witness a commercial for an intergalactic mall known as the biosphere, and, with the help of Zak’s sister Tima, hijack a spaceship in an effort to fulfill the libidinal desires promised by the advertisement. The resulting adventure is an anarchic comedy that pays tribute to JOHN CARPENTER’S DARK STAR and Tarkovsky’s SOLARIS, but with a hyperactive energy akin to the work of Tim Heidecker and Eric Wareheim, and a transgressive edge reminiscent of John Waters.

Sprung from the minds behind the hilarious Toronto underground web-series LIVING WITH FRIENDS, SPACE BREAKERS is sure to confound, baffle and even shock most audiences. However, those willing to join the film’s joyously demented wavelength will find themselves breaking into uncontrollable hysterics throughout as Zak, Aaron and Efehan squabble with stowaways, Tima transmogrifies into a tattoo-ridden bro, and the whole gang struggles to fight off a literal swarm of space dicks attempting to penetrate the ship. It only gets weirder from there.

EXCLUSIVE WHAT THE FILM FESTIVAL TRAILER: