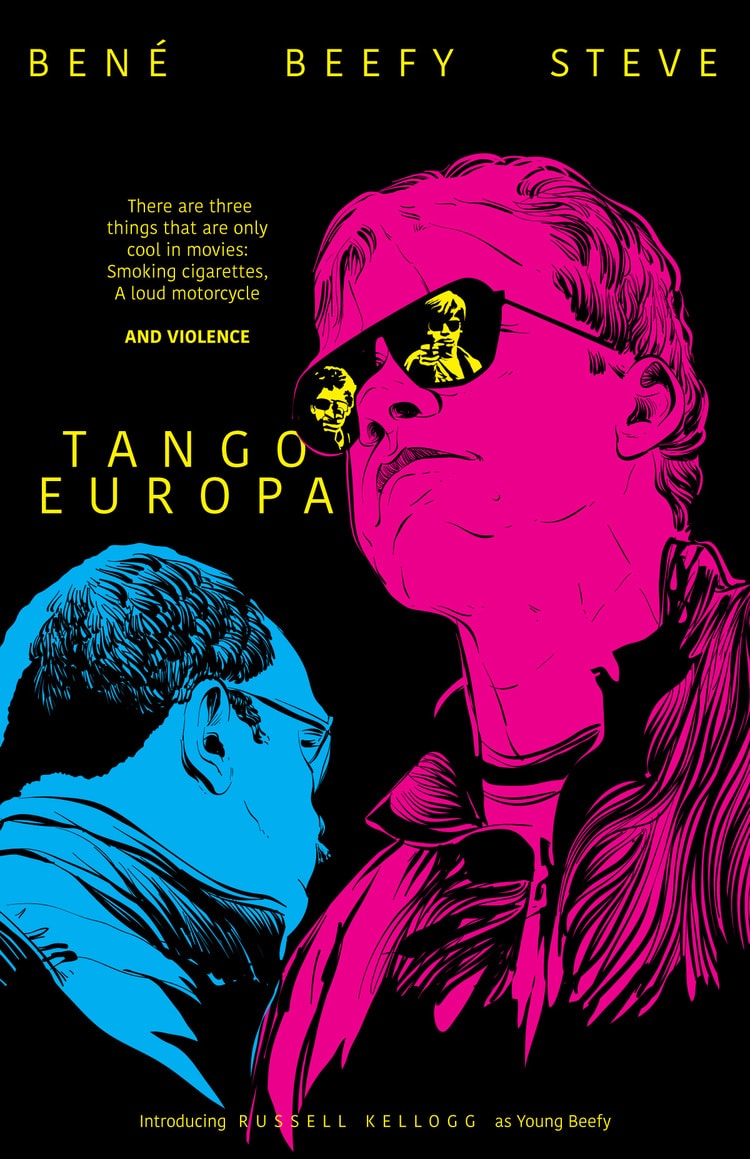 At the 2016 edition of WHAT THE FILM FESTIVAL, Bennet Jones, the creator of I AM A KNIFE WITH LEGS, returned with a work-in-progress sequel to his acclaimed cult musical comedy. Shot during I AM A KNIFE WITH LEG's European festival tour, the film is a irreverent travelogue that sees the cynical International Pop rockstar Bené and his loyal sidekick Beefy on the run from enigmatic government agents.