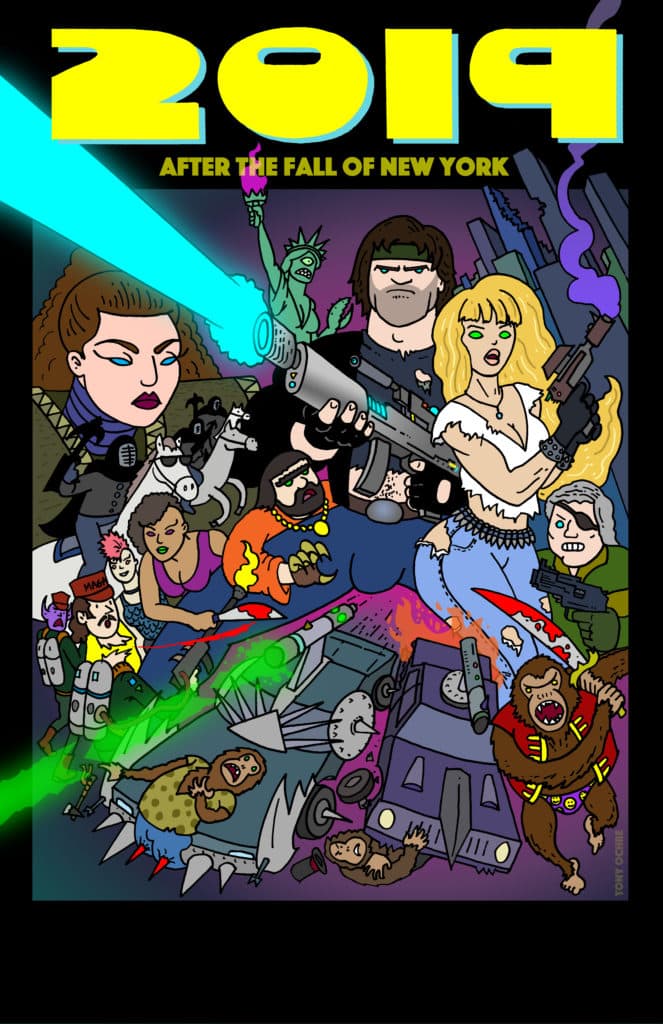 In the far off future of 2019, the world is desolate nuclear wasteland. Mutated gangs rule the street, the government hides in Antarctica, and only one man in a leather jacket (with chainmail sleeves) can save the day. His name is Plissken... I mean Parsifal (American model Michael Sopkiw) and he is given the impossible mission to fight his way into the irradiated battle zone of New York City in order to rescue the only fertile woman left on the planet!

From acclaimed director Martin Doll (A.K.A Sergio Martino) 2019: After the Fall of New York is perhaps the greatest Spaghetti Post Nuke experience ever haphazardly assembled. It shamelessly rips of all the classics with reckless abandon, from Escape from New York's screenplay to The Road Warrior's costumes and props, all the time feeling like the writers were high on an illegal substance.

Action packed and filled to the brim with weirdness; to experience this film is to feel as if the end result is dream shared by you and some friends after bingeing on the films in $1 dollar bin from your local video stores closing sale - in the best possible way.