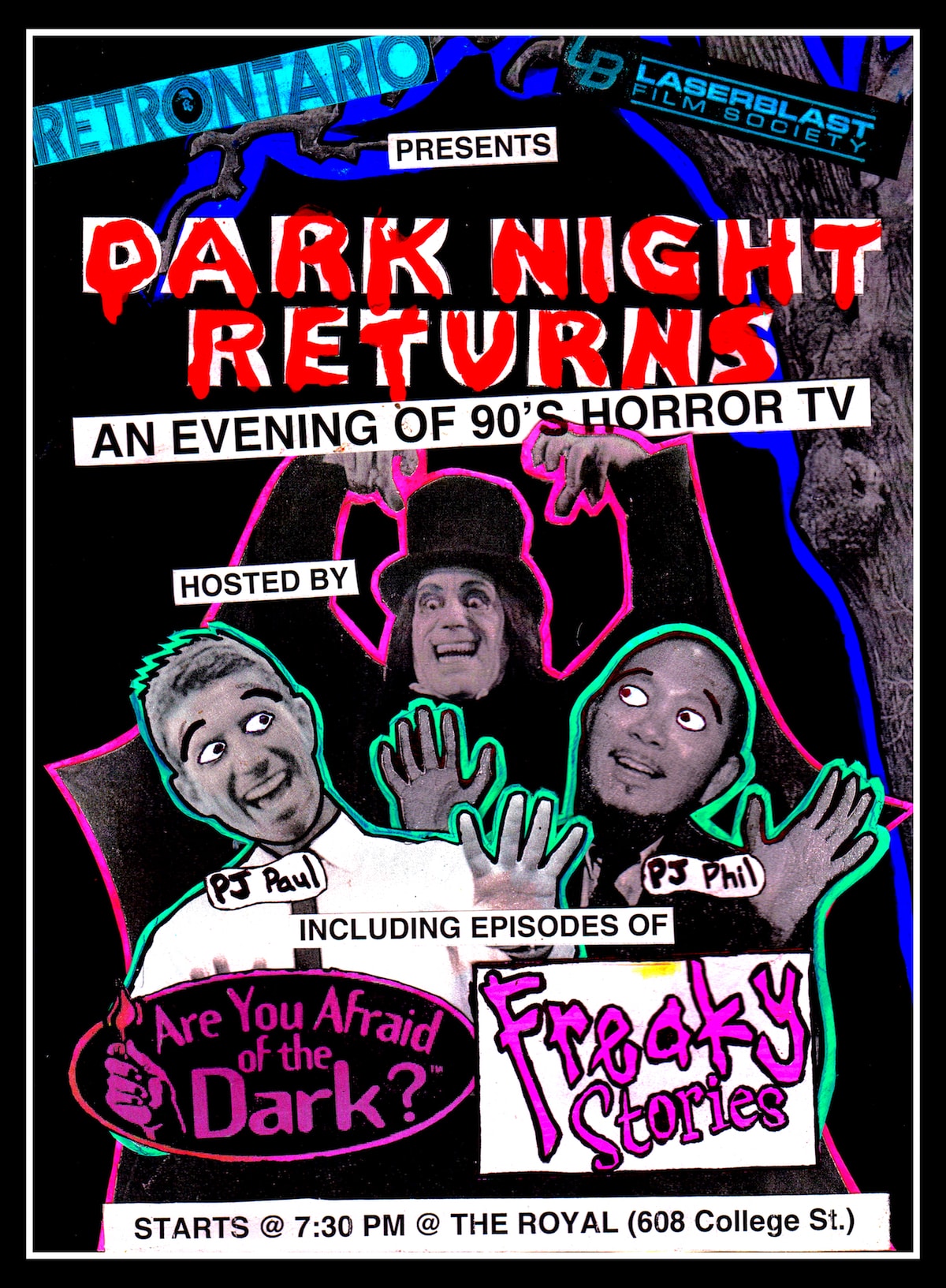 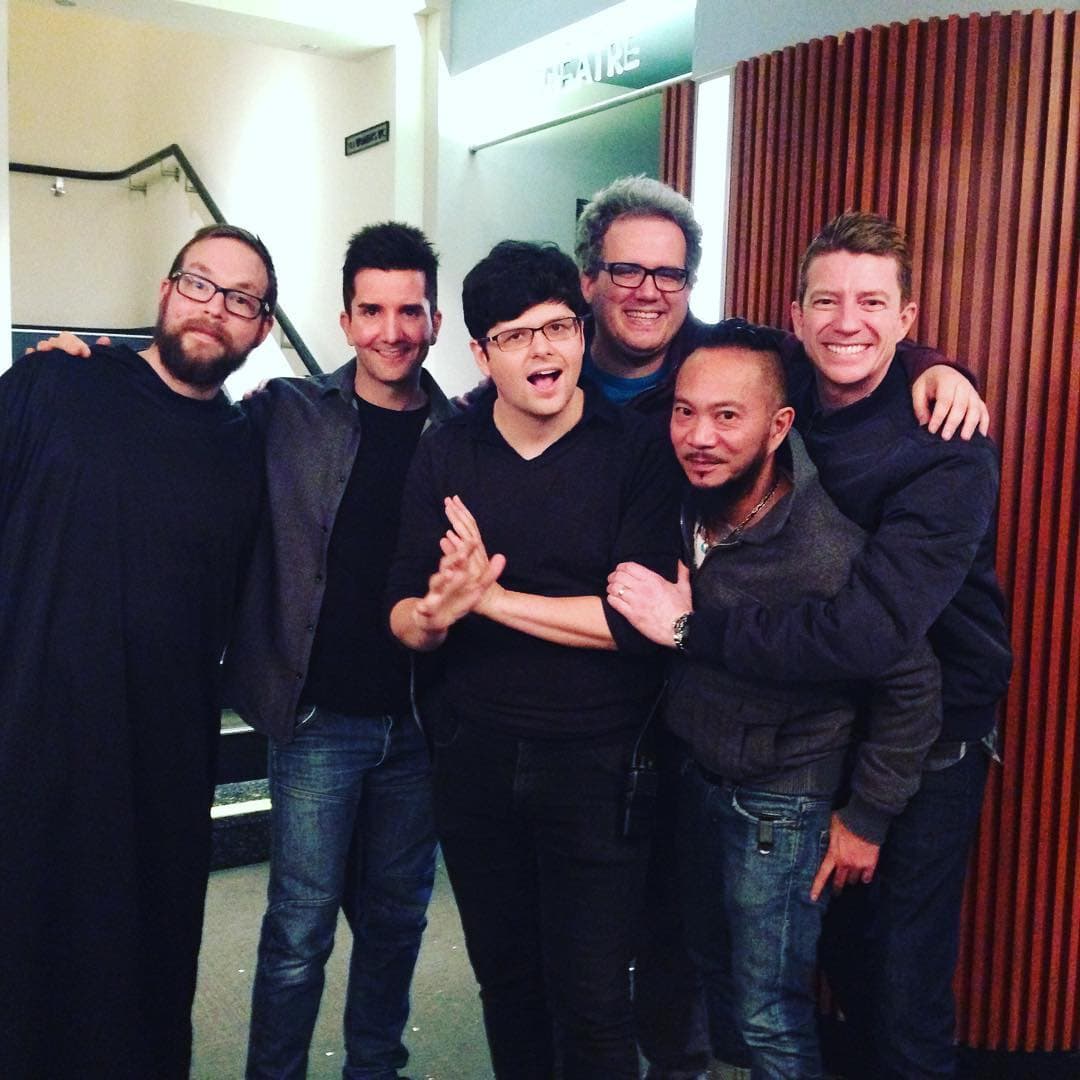 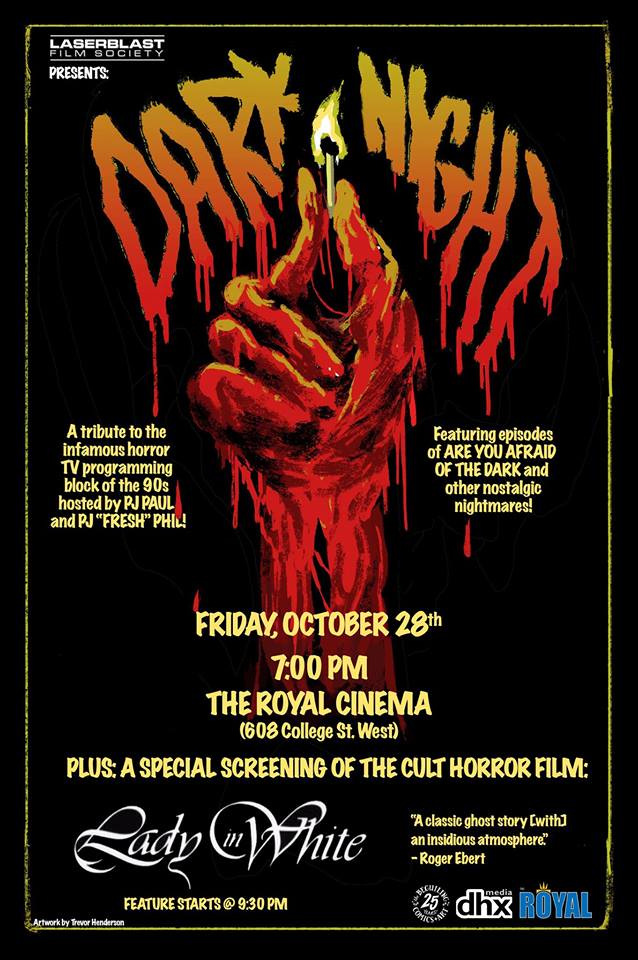 ARE YOU AFRAID OF THE DARK?:
Created by: D.J. MacHale and Ned Kandel

FREAKY STORIES:
Created by: Steve Schnier and John A. Delmage

ARE YOU AFRAID OF THE DARK?:

DARK NIGHT was a popular Halloween programming block that ran annually on the Canadian specialty television channel YTV between 1993 and 1997. It was hosted by young television personalities Phil Guerrero and Paul McGuire, who best known by Canadian children as the after-school programming jockeys of YTV's popular programming block THE ZONE.
The Laser Blast Film Society paid tribute to this programming block by reuniting Phil and Paul live-in-person to once more present an evening of creepy and Canadian children's television content. Programming included episodes of ARE YOU AFRAID OF THE DARK, FREAKY STORIES, GOOSEBUMPS and EERIE INDIANA.
The evening was also preceded by a special video mixtape curated by the incredible archivists at RETRONTARIO (http://www.retrontario.com/).